When the rupee used to fall, Manmohan ji used to make fun of…Rahul Gandhi took a jibe at PM Modi 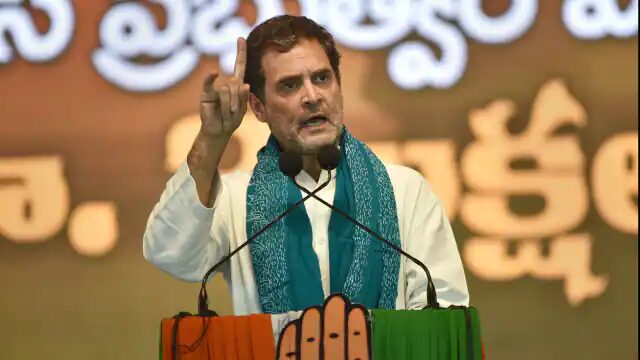 Rahul Gandhi has taken a jibe at the BJP government and PM Modi over the depreciating rupee. He said that PM Modi should focus on improving the economy and not on headline management. Referring to a speech of Prime Minister Modi, he said that when the rupee fell in the UPA government, PM Modi used to joke about it.

Rahu Gandhi wrote on Twitter, “Modi ji, you used to make fun of Manmohan ji when the rupee was falling. Look, now the rupee is at its lowest rung. Yet we don’t blindly blame you. You focus on the economy, not the media headlines. Let us inform that today itself, Congress chief spokesperson Randeep Singh Surjewala had said that today the value of rupee has gone up to 77.41 against the US dollar. The rupee has never fallen so much in 75 years.

Surjewala wrote on Twitter, ‘Indian rupees have gone to ICU under Modi government. Now it has also crossed the age of the guide board of BJP. What is the reason behind this?’ Leader of Opposition in Rajya Sabha Mallikarjun Kharge also tweeted and said, Rupee has come down to the lowest level. Had Modi been the CM, he would have targeted the government and called him anti-national, but PM Modi is silent.

Let us inform that these days Rahul Gandhi was also on the target of BJP leaders. His videos went viral during the party in Nepal. After this BJP leaders made various comments about him. While defending Rahul Gandhi, Congress had said that he had gone on invitation but PM Modi had reached Pakistan without being called.