Who is the candidate of PM post? Know, why Rajbhar started praising CM Yogi as soon as he heard this question, somewhere…!, Om Prakash Rajbhar gave this statement about PM candidate

New Delhi. In the past, the winds of efforts are blowing from Delhi to various opposition-ruled states to unite the opposition parties in the country. In this episode, Nitish Kumar also visited Delhi, where he met from Kejriwal of Aam Aadmi Party to Rahul Gandhi of Congress. Many meanings of these meetings are being taken out in the political corridors. Let us tell you that the Lok Sabha elections have been fixed in 2024. Before this, all the opposition parties in the country have started trying to strengthen themselves. But, how successful are their efforts? Only time will tell, but before this, Omprakash Rajbhar has given a big statement in the context of ‘Prime Ministerial candidate’ while addressing the media. Let us tell you further, what did he say after all?

In fact, Om Prakash Rajbhar was asked that which face do you see as the prime ministerial candidate from the opposition camps in the upcoming Lok Sabha elections, he did not give any direct answer on this, but he did so Of course, I cannot say anything here clearly in this context, but I will definitely say that before reaching any conclusion, all the opposition parties should come together and think about the said question. They should deliberate on these questions, only then it will be appropriate to reach any conclusion. Meanwhile, he was also questioned regarding Akhilesh Yadav. In fact, in the last Uttar Pradesh assembly elections, Omprakash Rajbhar’s party and Akhilesh Yadav’s party had formed an alliance, but after losing the election, the relationship between the two allegedly soured. Not only this, on many occasions the news of dispute in the relationship between the two also came to light.

Not only this, in the past, Akhilesh Yadav himself has expressed his opinion about his relationship with Om Prakash Rajbhar. However, today when Rajbhar was questioned by the media about his relationship with Akhilesh Yadav, he said that his relationship with the SP chief is absolutely cordial. However, in the meantime, he comes back to the issue and says while speaking about the prime ministerial candidate. Somebody is saying something in Delhi, while in West Bengal Mamta Banerjee herself is talking about becoming the Prime Minister, some one is talking about saying something, some one is saying something, but the question here is that at present After seeing the kind of situation prevailing among the opposition camps, it seems to me that all the opposition parties need to come to the negotiating table. It is worth noting that in the past, BJP has also targeted the opposition parties on the said issue.

With this, after starting his talk on the issue of Prime Ministerial candidate, he started talking on CM Yogi. Let us tell you that Rajbhar, in order to interact with the media, read hymns in praise of CM Yogi. He said that during the rule of CM Yogi, there has been a vast improvement in the law and order situation in the state. Rajbhar further said that CM Yogi is an honest leader. He has taken historic steps in the direction of stopping the goondaraj in the state. Every citizen of the state is feeling safe during his reign. Not only this, he did not even hesitate to say that the law and order system in the previous government had become completely weak, which has been completely corrected during Yogi’s reign. 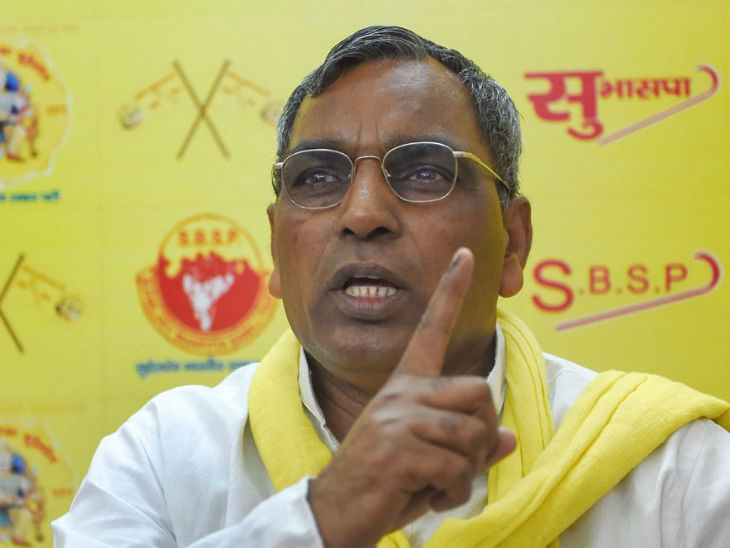 Along with this, he has further said a lot in praise of CM Yogi, who is still very much discussed on social media. Let us inform that Om Prakash Rajbhar remains drenched in the headlines due to his statement regarding some issue, but the way and the timing at which he has praised CM Yogi, many political meanings are being extracted. However, now what stand does this statement given by him take in the coming days. All eyes will be on this. Till then, keep reading to be aware of all the big news of the country and the world. anytv.com