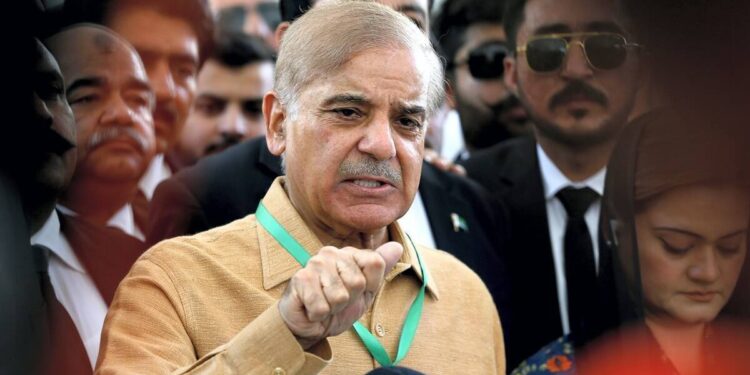 The Nizam of Pakistan has changed but the attitude of the rulers is the same. As soon as he became PM, Shahbaz Sharif again started chanting Kashmir raga. Shahbaz Sharif said that we will raise our voice for Kashmiri brothers and sisters at every platform and make diplomatic efforts, give them diplomatic support. We will give them moral support. He asked Prime Minister pic.twitter.com/MTUrPcR1VY

Meanwhile, Prime Minister Narendra Modi to come forward to resolve the Kashmir issue so that both the countries can focus on issues like poverty, unemployment.

Shahbaz Sharif said that he wants good relations with India, but it cannot be achieved without a solution to the Kashmir issue. He said that neighbor is not a matter of choice. This is something we have to live with. But it is a misfortune that the relations of his country with India were not good from the beginning.

I’ll advise PM Modi to understand that there is poverty on both sides. I call upon Modi to come and resolve the Jammu and Kashmir issue and then let’s fight poverty together: Newly elected Pakistan PM Shehbaz Sharif

Significantly, in 2019, India abolished the special status of Jammu and Kashmir and divided the state into two union territories. Although the then PM Imran Khan raised his voice against this till America, but no other country showed interest in interfering. Even Islamic countries were seen avoiding speaking on Kashmir.

Piyush Goyal: India is no longer a deal breaker but a deal maker, Commerce Minister made a big statement