by Aaryan Srivastav
in Sports
Reading Time: 2 mins read
1
A A 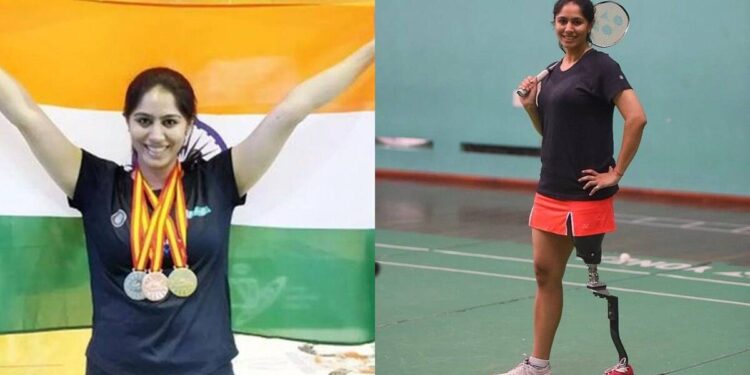 Mansi Joshi was a software engineer by profession and it was her childhood dream to win gold medal in badminton. In 2012, he had a terrible road accident in which he lost his left leg. After this, Mansi started playing badminton during rehab. In 2016, he left his job and decided to pursue badminton.

He then continued his badminton playing with an artificial left leg (prosthesis). Soon she went so far that she won the singles title in the 2019 Para Badminton World Championships. In the next edition of this tournament, he won silver and bronze medals. After this he also won bronze medal in Asian Championship, Asian Para Games and International Championship.

Dronacharya Award winner Pullela Gopichand, who has trained star players like PV Sindhu, Saina Nehwal, Parupalli Kashyap, has also trained Mansi Joshi in his academy. From 2018 onwards, Manashi started training at Gopichand’s Hyderabad-based academy. He got the fruits of this in 2019 when he won the gold medal in the World Para Championships.

Mansi Joshi got the gift of becoming number-one in the ranking of para shuttlers on the occasion of International Women’s Day this year on March 8, 2022. She tops the women’s SL-3 rankings. In the men’s SL 3 rankings, shuttler Pramod Bhagat is at the first position. Bhagat won the gold medal at the Tokyo Paralympics.

Mansi Joshi is a three-time medalist in the World Para Badminton Championships. She was included in the list of 100 Most Inspirational and Powerful Women of 2020 by BBC. After this, in the same year, she was also nominated for the BBC’s Indian Sportswoman of the Year Award along with Olympic medalists PV Sindhu and Mary Kom.

Bank FD: To avoid losses, definitely know about 5 risks, there is also a risk of losing money in this

Bank FD: To avoid losses, definitely know about 5 risks, there is also a risk of losing money in this