Did RCB make a mistake by sending down the informed Dinesh Karthik? Virender Sehwag said this thing 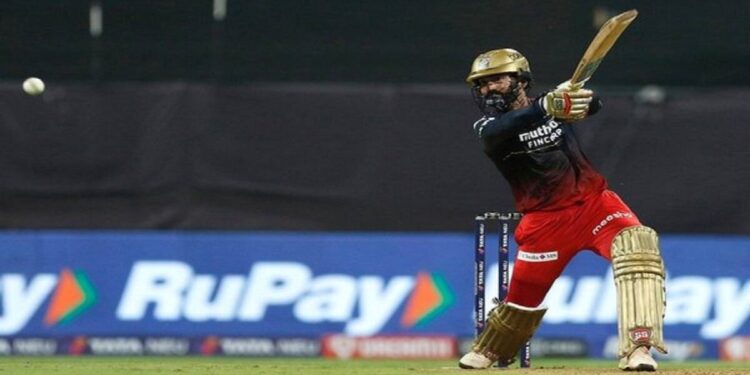 In IPL 2022, Royal Challengers Bangalore (RCB) suffered a crushing defeat by 54 runs at the hands of Punjab Kings (PBKS). Batting first, Punjab scored 209 runs for 9 wickets. In reply, Bangalore’s team could only score 155 runs for 9 wickets. Within five overs, Virat Kohli and Faf du Plessis returned to the pavilion. After this Mahipal Lomror came to the crease to support Rajat Patidar. Now the question is whether the in-form wicket-keeper batsman Dinesh Karthik could have been sent in place of this left-handed batsman? Did RCB miss out?

Responding to this, former Team India opener Virender Sehwag said that Bangalore did not make a mistake. He said that his batsmen could not make Bangalore’s plan successful. On Cricbuzz, he said, “Maxwell also came at number five. Perhaps they wanted to walk by making a combination of right left. One was a leg spinner and one was a left arm spinner. He raised the lefty probably because he was able to cashin the leg spinner and the lefty spinner. But Lomror did not move. Then came Maxwell. He also played and handled a little innings.

Sehwag further said, “Dinesh Karthik came at number 6. If he came, he is right, but the thought was right that the lefty should cashin the left hand spinner and leg spinner, but it did not happen. She made a mistake somewhere. Those eight or six overs, if they remained 50-60 in the middle, you would have remained in the match till the end. Then Dinesh Karthik’s role comes in the last three to four overs, which he played very well. The thinking was right, but the batsmen could not execute it.

Also Read
IPL 2022: How many more bad days will show! Virat Kohli’s reaction after getting out against Punjab was like this

RCB had lost three wickets for 44 runs in the powerplay, but despite the 64 runs for the fourth wicket partnership between Glenn Maxwell (35) and Rajat Patidar (26), the team managed only 155 for nine in 20 overs. Could make Punjab bowlers especially Kagiso Rabada did a great job. After taking the first wicket in the form of Virat Kohli (20 runs), he took three wickets for 21 runs in four overs. Rishi Dhawan took two wickets for 36 runs and Rahul Chahar took two wickets for 37 runs. Harpreet Brar Maxwell and Arshdeep Singh picked up important wickets of in-form wicket-keeper batsman Dinesh Karthik.

Let us tell you that Punjab needed a win in this match to stay in the tournament and this strong win also increased their net run rate. Now Punjab have 12 points from 12 matches, taking the team to the sixth position in the table, while RCB are in fourth place with 14 points but their net run rate is in ‘negative’.