by Rajeev Bansal
in Technology
Reading Time: 2 mins read
0
A A 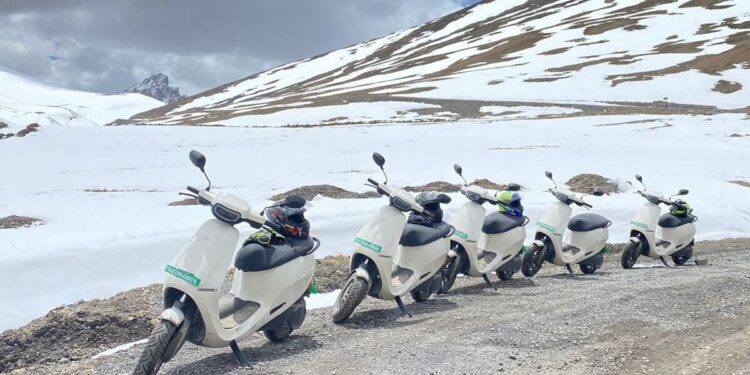 According to the data released by the Ministry of Road Transport, the company has sold the maximum number of electric scooters in April. The company has sold 12683 units during the month of April. On the other hand, Hero Electric has registered a decline of 50 per cent, having sold 6570 units in April. Okinawa Ototech, which has sold 10,000 electric scooters, came second, followed by Hero at the third position. Ampere and Aether have secured fourth and fifth place.

Three incidents with Ola electric scooter
Significantly, during March, the first incident of fire in Ola Electric was reported from Chennai. Since then there was an incident from Maharashtra, in which an angry customer pulled Ola tied to a mattress. After this, if a user did not get the single charge average of the electric scooter right, he set the e-scooter on fire by spraying petrol. Ola Electric has priced the Ola S1 and Ola S1 Pro Scooter from Rs 85 thousand to Rs 1.10 lakh.

Why Hero Electric was able to sell fewer units
During March, Hero did wholesale deliveries of 13,000 electric scooters, due to which the stock may remain open. At the same time, the lack of semiconductor can also prove to be a big factor affecting the cell. At the same time, it is also believed that if there is a shortage of semiconductors, then its sales may be affected even in the month of May.

Sensex opening bell: Nifty opens near 15700, Sensex up 604 points, all eyes will be on Hero MotoCorp, ONGC

Sensex opening bell: Nifty opens near 15700, Sensex up 604 points, all eyes will be on Hero MotoCorp, ONGC