After 9 years the moon will stagger, there will be a severe flood on the earth 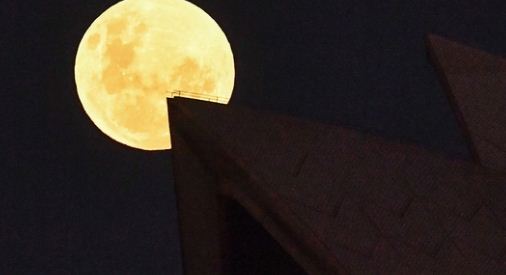 In the year 2030, the moon will stagger in its orbit, coastal areas will have the most trouble

For a long time, the problem of climate change happening on the earth has attracted the attention of people. By the way, most scientists and researchers believe that due to the changes being made by humans, due to climate change, there will be a change in the weather in many parts of the earth. Due to which flood situation can also arise in many countries. However, according to a modification that has come to the fore, apart from humans, the moon can also be a big reason for this.

Also Read  Kaliyugi father's cruelty in Guna, used to rape minor daughter as hostage; Brother saw it and got jail

According to a study conducted by the American space agency National Aeronautics and Space Administration (NASA), in addition to climate change on Earth, changes in the position of the moon can also cause devastating floods on Earth. According to this study, published on June 21 in the journal ‘Nature’, based on climate change, the tremor in its orbits of the moon will cause devastating floods on Earth. Due to which there may be a possibility of flooding in the areas living along the sea.

The study will reveal the problem of water logging in the coastal areas due to such floods. Apart from this, the waves of the sea will jump three to four feet higher than their normal height. All this will go on for a long time. Flood conditions will also be erratic. According to NASA Administrator Bill Nelson, the danger in the low-lying areas is increasing due to the rising sea level. Due to frequent floods, the difficulties of the people will increase and it will increase even more in the coming time.

Also Read  Aurangzeb's decree was issued from this Red Fort ... how PM Modi gave a message to Sikhs

Explaining the reason for this incident, a professor from the University of Hawaii while talking to the media said that when Chand staggers in his class, it takes 18.6 years to complete it. According to Professor Phil Thompson, in these 18 years, the rise of tides decreases by 9 years. Which has a great impact on normal life, especially in the coastal area. This time such an incident will happen in the year 2030, due to which it is very important for people to be careful from now on.