Amazing: When this fish came back after touching death

by AnyTV
in Top News, Viral News
Reading Time: 2 mins read
0
A A 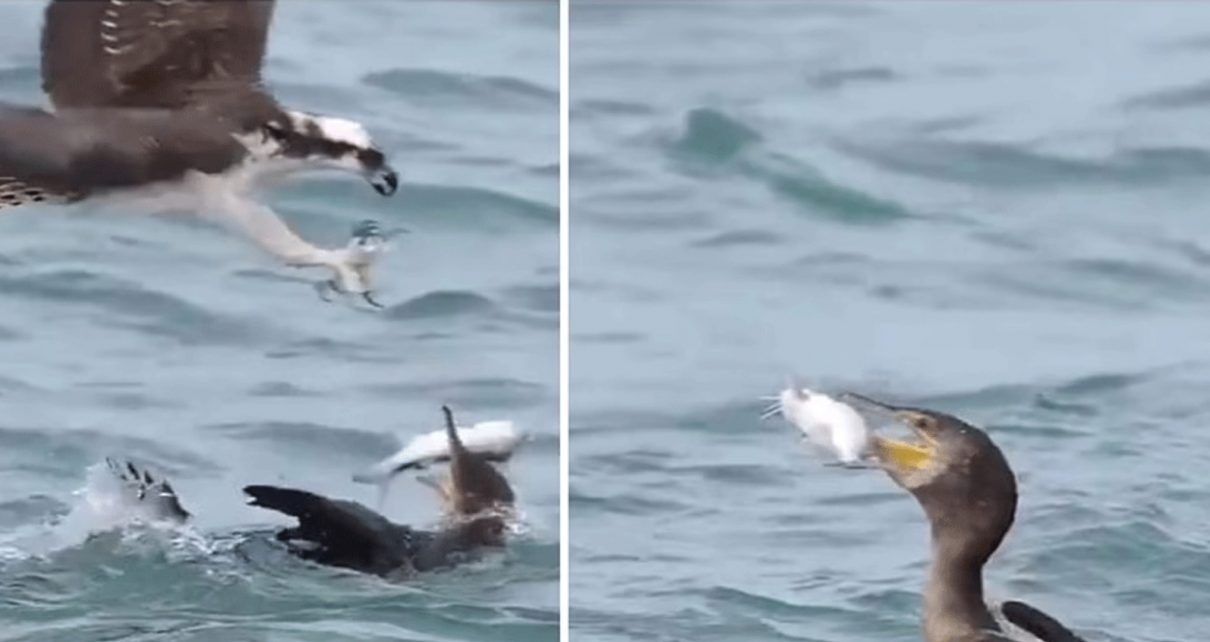 It is said that if luck favors you, the biggest problem gets solved in a moment. This saying applies not only to humans but also to animals and birds. Recently a video related to this proverb has surfaced. After seeing that, you will also understand the value of luck.
Many times you must have seen that you suddenly get into trouble but at that time you get out of trouble in a moment. A video related to this has surfaced these days. In which the life of a fish gets caught in the claws of two birds, but the fate of the fish is so good that it escapes into the water by dodging both.
In the video you can see that the fish gets stuck in the bird’s beak in the water, at the same time an eagle from the sky comes on it as another trouble, but this other trouble proves to be beneficial for him. Because of that, his life is saved. As soon as the eagle comes to catch the fish with its claws, the fish suddenly slips from the bird’s beak and falls into the water. In this way the fishes survive even if life is trapped on both sides.

This shocking video has been shared on the Twitter page named Life and Nature. With which he has written the caption that Lucky Fish. After watching this video you can also think that this fish is really lucky. Till the time of writing this news has been viewed more than 4.5 thousand times.