‘Asani’ weakened, this state will heat up fiercely for the next 5 days, there is a possibility of heat in Delhi 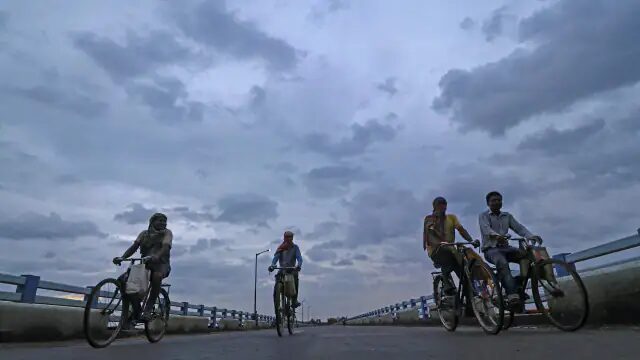 Cyclonic storm ‘Asani’ weakened into a deep depression between Machilipatnam and Narasapuram in Andhra Pradesh late on Wednesday night. The State Disaster Management Authority (SDMA) gave this information. According to the Indian Meteorological Department, there is a possibility of heavy rain at many places in Coastal Andhra Pradesh. Apart from this, there is a possibility of severe heat in many states of India during the next five days.

SDMA Director BR Ambedkar said in a release that ‘Asani’ will weaken and merge into the Bay of Bengal in the Yanam-Kakinada region of the state. However, the districts of Coastal Andhra Pradesh would see moderate to heavy rainfall at isolated places and wind speed reaching 50-60 kmph, he said. “People should be alert and fishermen should not venture into the sea as the weather will remain unfavourable in the Bay of Bengal,” the SDMA director said.

what’s up with the summer

According to the press release issued by IMD on Wednesday, the heat wave conditions will continue over North-West and Central India during the next 5 days. The department said that there is little chance of a significant increase in the maximum temperature in these areas and in Maharashtra. At the same time, the chances of increase in maximum temperature are less over East India during two days, but after that it may increase by 2-4 degree Celsius.

He said that there is a strong possibility of maximum temperature of 46 to 47 degree Celsius in the districts of Jodhpur, Bikaner division during this period. At the same time, in the districts of Bharatpur, Jaipur, Kota and Udaipur divisions of East Rajasthan, there is a strong possibility of recording maximum temperature of 45 to 46 degrees at some places. He said that the weather would remain dry in the state during the next four-five days.

According to IMD, heatwave conditions can occur in East Rajasthan and Madhya Pradesh by May 15. At the same time, there is a possibility of heat wave in South Haryana-Delhi, South Punjab between May 12 and May 15.