BJP preparing to give intermittent shocks to Congress in Gujarat, also keeping an eye on Hardik Patel 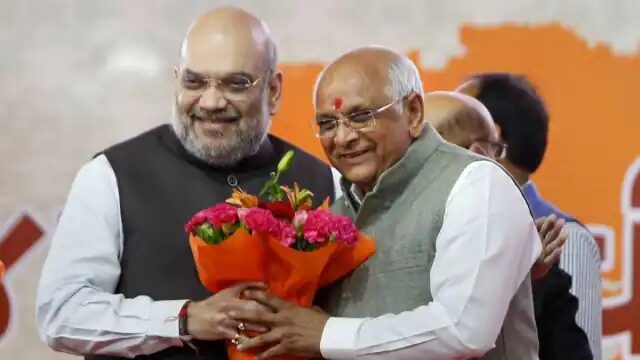 There is barely 6 months left in the Gujarat Assembly elections and the BJP has entered the election mode. At the same time, the Congress is still in a dilemma regarding the leadership and the leaders who are leaving the party are also raising concerns. Recently, MLA Ashwin Kotwal, who was a tribal leader of Congress, had joined the BJP. Apart from this, so far there are a total of 13 such MLAs or former MLAs, who have left the Congress and joined the BJP. But this trend does not seem to end yet. A senior BJP leader said that at present 7 to 8 Congress MLAs and former MLAs can join BJP before the elections.

Not only this, the BJP is eager to bring Hardik Patel into its fold. Hardik Patel has already removed the mention of Congress from his social media bio. In such a situation, the speculations of his leaving the Congress are constantly gaining momentum. However, it is also being said that the BJP wants to take him just before the election so that more discussion can happen and the morale of the Congress can be demolished. A BJP leader with knowledge of the entire matter said, “After Nitin Patel stepped down as minister, BJP needs a strong Patidar leader. Especially in North Gujarat such a leader is needed. Hardik Patel fits in. He is a public wooing leader and is liked by a large number of Patidar community people.

What is ‘Surat Formula’, on which BJP is engaged in making strategy for Gujarat elections

A plan has also been prepared to surround Jignesh Mevani

Let us inform that on Saturday, Gujarat CM Bhupendra Patel had put Congress MLA Shailesh Parmar in his car after an event in Jamnagar. After this he had said that whoever wants to come with us, he is free to do so. Parmar and others started laughing at this. Not only this, BJP has also made preparations to surround Jignesh Mevani. Former Congress MLA Manilal Vaghela may be fielded against him, who joined BJP only last month.

How the number of Congress decreased and BJP MLAs increased

Those who understand the politics of Gujarat say that this time the BJP wants to strengthen its hold in the tribal areas. A total of 27 seats in the state are reserved for the tribal community. Congress had a big success in these seats last time. This time BJP’s plan is that even if it suffers any loss in urban areas, it can be compensated from these areas. It is worth noting that in the 182-seat Gujarat Assembly, the Congress had won 77 in 2017 while the BJP could win only 99 MLAs. But the breakdown in the Congress was so much that now only 67 members are left, while the number of BJP MLAs has gone up to 111.