Bollywood actress Kriti Sanon bought this Mercedes car, you will be surprised to know the price 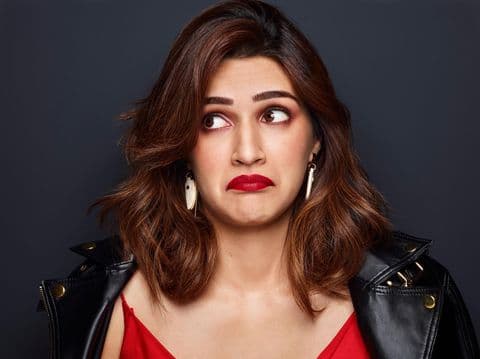 Let’s know the specialty and features of this vehicle

Bollywood actress Kriti Sanon is known for her superb acting. He recently bought a brand new Mercedes Maybach GLS 600. This car is one of the most luxurious SUV in the world. The price of this car is 2.43 crores. In such a situation, now the curiosity of people to know about the specialty and grandeur of this car has increased.

Let us tell you that Mercedes Benz announced the launch of its new flagship SUV Mercedes Maybach GLS 600 4Matic in India last June. The starting price of this car was Rs 2.43 crore. This is the first SUV to be launched by Mercedes-Benz under the Mercedes-Maybach brand.

The Mercedes-Maybach brand models are based on existing Mercedes-Benz cars. However, it is being described as more luxury. Similarly, the GLS 600 4Matic is based on the GLS SUV from Mercedes Benz. Its cost is Rs 1.05 crore. Mercedes-Maybach has updated the luxury features, design and comfort. Which makes the Mercedes-Maybach GLS 600 4Matic one of the most luxurious SUVs out there. GLS SUVs are in great demand in the market. 50 units of this car launched in the Indian market by Mercedes Benz have been sold. Now the next version will come in 2022. Artists like Ayushmann Khurrana and Arjun Kapoor have already bought this car.

In terms of design, this car is not like the regular GLS. It has a Mercedes-Maybach version. The bumper and side have been chrome finished. The car gets large alloy wheels and the May-back logo on the D-pillars. Chrome finish has also been added to the rear. Talking about the interior features, the Mercedes Maybach GLS 600 cabin gets power leather seats, ventilated massage function. In this SUV, customers get a backseat tablet screen on the back seat. With the help of which the passengers sitting behind can easily access the features of the car. The car also gets audio, climate control, ambient lighting, sunshade and navigation. GLS offers 5 or 4 seater options. The 4-seater variant comes with a fixed center console for the rear passengers. Which has a fridge.