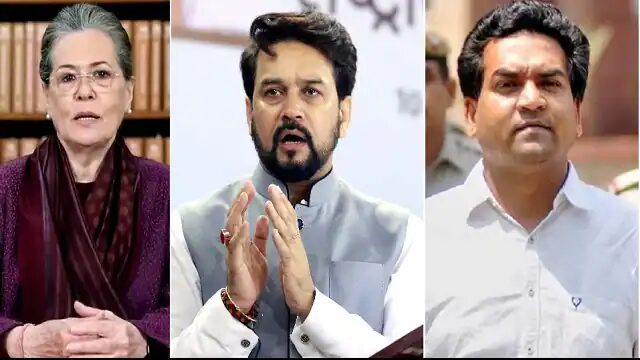 The Delhi High Court, while hearing a batch of petitions regarding the North-East Delhi violence and alleged provocative speeches by political leaders, on Tuesday appointed several prominent persons, activists and others, including Sonia Gandhi, Rahul Gandhi, Anurag Thakur and Kapil Mishra, as new Notices have been issued.

The High Court on Tuesday issued fresh notices, however, observing that the petitioner did not file the processed fee while filing the amended petition with the new name of the proposed respondents. It also expressed displeasure with the petitioners for not filing the processing fee in the matter so far.

The High Court issued notice on a petition filed by petitioners seeking registration of FIR against several politicians for their alleged inflammatory speeches.

The court also expressed displeasure at the counsel for calling these newly amended parties as accused. The court said that these are only proposed defendants, they are not accused. We are seeking his reply because you have leveled allegations against him.

The High Court advised the counsel for one of the petitioners to give the addresses of several activists and others who have not yet traced their addresses or have omitted their names.

The Bench sought response of all politicians, activists and others on the petition, who have been presented afresh as parties in the matter. The court also issued notices to Aam Aadmi Party’s (AAP) Manish Sisodia, Amanatullah Khan, AIMIM’s Akbaruddin Owaisi, Waris Pathan and activist Harsh Mander among others and posted the matter for further hearing on April 29, 2022. .

Significantly, during the protests against the Citizenship Amendment Act (CAA) 2019 and the National Register of Citizens (NRC), communal violence broke out in North-East Delhi on 24 February 2020. 53 people were killed and more than 700 were injured in these riots. Delhi Police has registered 758 FIRs in connection with the North East Delhi violence.