Heatwave Alert: Heat wave will start again in these parts of the country from today, know when will you get relief

by Aaryan Srivastav
in Top News
Reading Time: 3 mins read
1
A A 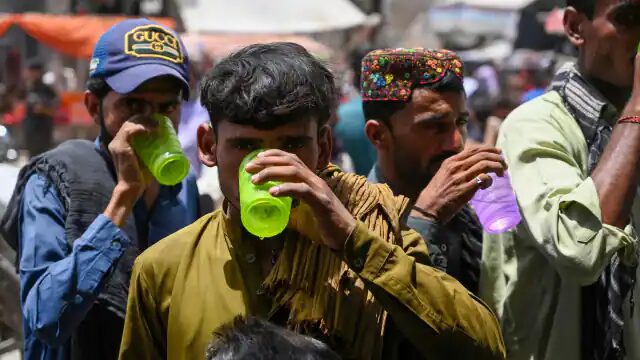 The India Meteorological Department (IMD) has warned of a fresh heatwave i.e. heat wave on Tuesday. It is likely to affect large parts of North West and Central India from Thursday. The maximum temperature is very likely to rise by 2-3 degree Celsius and thereafter drop by 2-3 degree Celsius over some parts of Northwest India in the next 48 hours. During this period, there will be no significant change in the maximum temperature initially over Central India, but after that an increase of about 2 degree Celsius is seen.

Heatwave conditions are very likely to persist over isolated parts of southwest Uttar Pradesh (during May 17 to 19). Bihar, Himachal Pradesh, Jammu Division and North Madhya Maharashtra on 17 May; on 17, 20 and 21 May in North Madhya Pradesh and Vidarbha; in South Punjab and South Haryana on 19 and 20 May; There is a strong possibility of heat wave in West Rajasthan on 18 to 21 May and East Rajasthan on 20 and 21 May.

Mahesh Palawat, Vice President, Climate Change and Meteorology (Skymet Weather) said, “The maximum temperature is likely to cross 45 degree Celsius again in some parts of Northwest India. There will be a short but strong heat wave till May 20. Thereafter, some Pre-Monsoon activity is expected around May 21 and 22 which will help to overcome the heat wave conditions. Monsoon winds will intensify in the Andaman region.

The IMD said favorable conditions would be observed for further advance of Monsoon into some more parts of south Bay of Bengal, entire Andaman Sea and Andaman Islands and parts of east central Bay of Bengal during the next two days. Monsoon had reached the Andaman and Nicobar Islands on 16 May.

IMD said that due to strong cross equatorial flow from Bay of Bengal to Andaman Sea in the lower troposphere levels, widespread rain is likely to occur over Andaman and Nicobar Islands in the next five days.

Heatwave conditions expected by May 21

Andaman and Nicobar Islands are very likely to be hit by thunderstorm/lightning/strong winds, apart from isolated heavy rains over the next three days. Apart from this, wind speed reaching 40-50 kmph gusting to 60 kmph is also very likely over Andaman Sea, southeast Bay of Bengal and adjoining central Bay of Bengal.

IMD senior scientist RK Jenamani said, “We can expect heat wave conditions till May 21. Thereafter, it will be very cloudy with the strengthening of Western Disturbance and largely easterly winds. In the meantime, the maximum temperature can go up to 45 degree Celsius.

It will rain in these areas of the country

Due to strong southwesterly winds over north-east and adjoining east India over Bay of Bengal and an east-west trough from northwest Rajasthan to west Assam, isolated heavy to very heavy rains are likely over Arunachal Pradesh, Assam-Meghalaya. With the possibility of widespread light to moderate rain. Isolated to very heavy rain (more than 20 cms) very likely over Meghalaya on May 17 and 18. Light to moderate rain is very likely at isolated places over Mizoram and Tripura on May 17 and 18.

During the next four days, scattered light rain and thundershowers are very likely at isolated places over Bihar, Jharkhand, Gangetic West Bengal and Odisha. A cyclonic circulation persists over Kerala and neighborhood in the lower and middle troposphere levels and a north-south trough extends from West Vidarbha to North Kerala in the lower troposphere levels.

Under the influence of these systems, isolated light to moderate rain and thundershowers are very likely to occur over Kerala-Mahe, Tamil Nadu, Karnataka, Lakshadweep and Rayalaseema over the next five days.