Hindi Diwas: Know why this day is celebrated, what is the history related to it 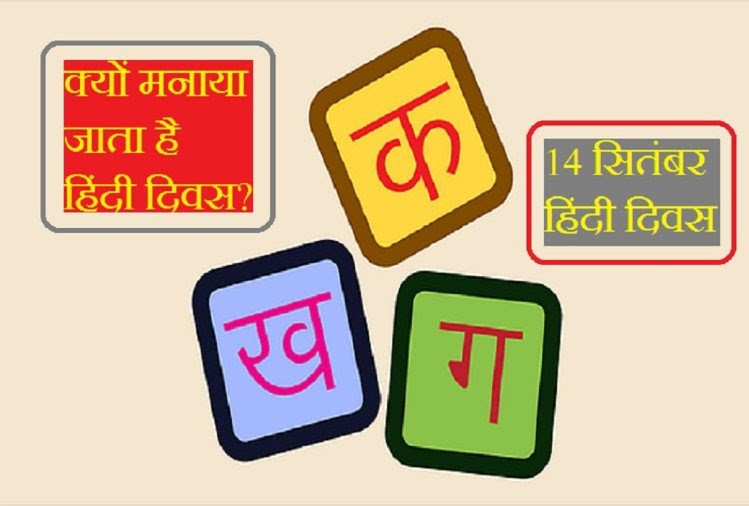 Hindi got the status of official language on 14 September 1949.

National Hindi Day is celebrated every year on this day i.e. 14th September. The purpose of celebrating Hindi Diwas is to acquaint the public with the Hindi language. The purpose of celebrating this day is to make people aware that unless they use Hindi completely from this point, the Hindi language will not develop. This day is celebrated with an aim to promote Hindi and it is advised to use Hindi in all government offices.

what is the history of hindi day

Also Read  Earbuds lasting up to 27 hours have arrived, dust and water on them are also neutral; will get strong sound

After the independence of India and the country’s partition, after the religious earthquake and social mistrust in the country, the country needed one such support which could unite the whole country and the countrymen. After much effort, the language appeared capable of this task. In such a situation, in the year 1949, the representatives of the nation and big leaders put forward a proposal to make Hindi the national language. The top people of that time said that a large section of the country uses this language. Hindi is also the basis of most of the languages ​​of India and the biggest thing is that in the year 1918, the Father of the Nation Mohandas Karamchand Gandhi has also talked about making this language as the language of the people and making it the national language.

An official meeting began on 12 September 1949, which ended on 14 September 1949 by accepting Hindi as the official language. On September 14, 1949, the Constituent Assembly accepted Hindi written in Devanagari script as the official language of India. On this historic day, the country’s first Prime Minister Jawaharlal Nehru, in view of the importance of this day, had asked to celebrate 14 September as Hindi Diwas and then from the year 1953, Hindi Diwas started. Since then every year the whole country observes this day as Hindi Diwas.

However, protests started in some parts of the country after the selection of Hindi by replacing English in the official language register. Riots broke out in Tamil Nadu in January 1965 over a language dispute.

what is the ground reality

Let us tell you that there is no doubt that the world’s third most spoken language is being widely disrespected in its own country. Day by day the number of English speakers is increasing and the number of authentic Hindi speakers is decreasing. However, apart from India, there are many other countries where Hindi is being used extensively. According to the World Economic Forum, by the year 2050, Hindi will be at the top of the world’s most powerful languages.

Also Read  This company's plan for money will fail Jio Fiber, benefits are the same, but Rs 200 cheaper than Jio

All this happens on Hindi Diwas