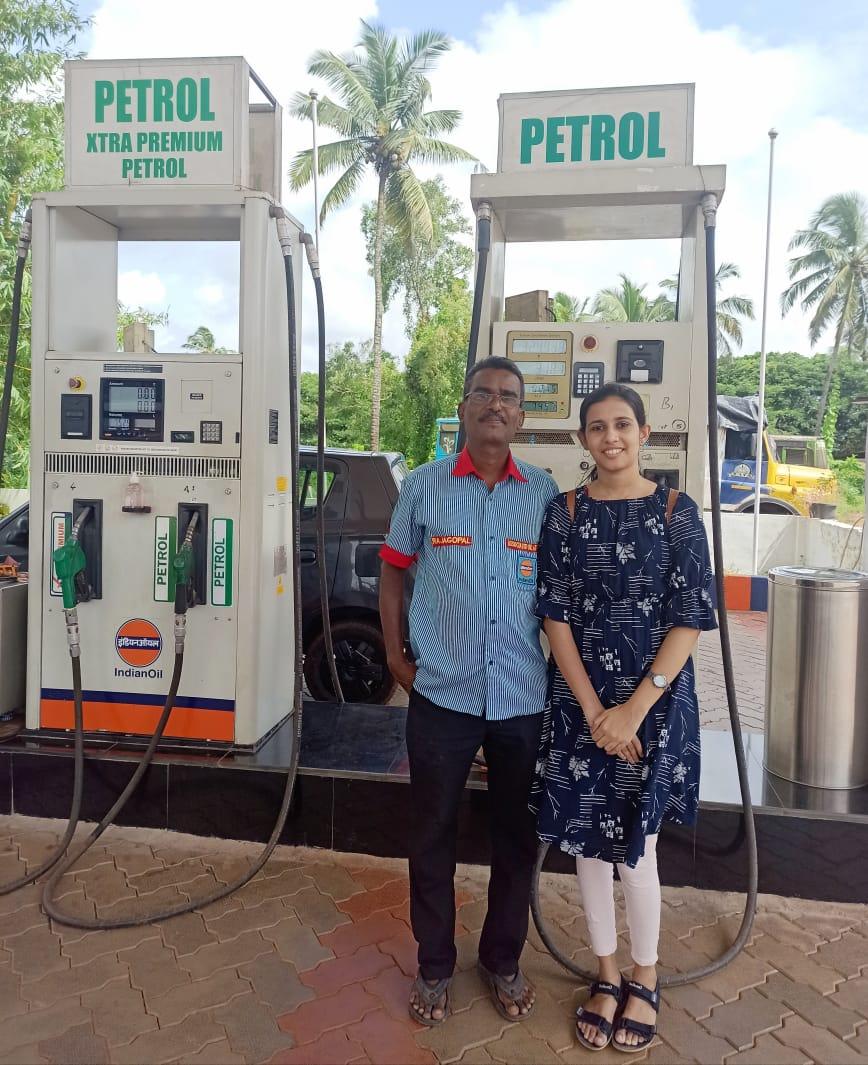 A great Hindi poet Dushyant Kumar has written long ago, “Who says there can’t be a hole in the sky, throw a stone when you’re sick, guys!” Today this sentence has been proved true by Mr. Rajagopalan and his daughter working at the petrol pump. Father works at petrol pump and girl has made a mark in IIT Kanpur. This girl named Arya Rajagopal has got admission in IIT Kanpur for Post Graduation in Petroleum Engineering. To take Arya to her destination, her father Mr. Rajagopal has been working at a petrol pump for the last 20 years. Union Minister Hardeep Singh Puri has also described Arya’s achievement as a role model for New India and her father.

Let us tell you that Union Minister of Petroleum and Natural Gas Hardeep Singh Puri tweeted with the picture of Arya and her father Mr. Rajagopalan. In his tweet, he wrote, “This is heartwarming news. Arya Rajagopal has made her father Shri Rajagopalan as well as all the people associated with the energy sector of the country proud on this success. This father-daughter duo is all. It is a role model for us and we should take inspiration from it.”

IOCL President Shrikant Madhav Vaidya also posted a picture of Arya and his father Shri Rajagopalan on his Twitter and sent his best wishes. He tweeted, “Today I will share with you Arya’s success story. Her father Mr. Rajagopalan works at IndianOil’s petrol pump. Arya has made us proud by taking admission in IIT Kanpur. Our best wishes to Arya.”