Rahul, Priyanka or anyone else, will answer the question of Congress President in Chintan Shivir? 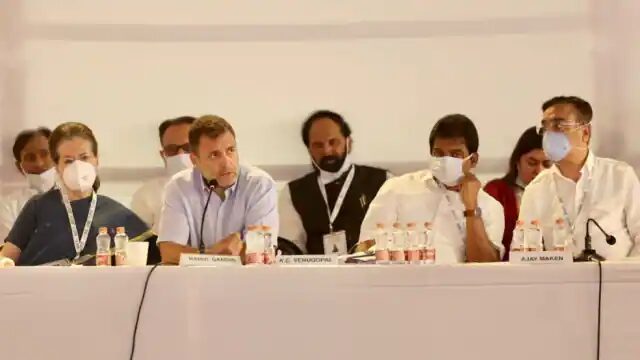 All the issues of the country are being discussed in the Congress Navsankalp Chintan Shivir. With this, a question is arising from within the party that who will be the President of Congress now? It is said that the election process for this is going on. But till now an opinion is not being formed in the party regarding the president. Some people are recommending Rahul Gandhi and some Priyanka Gandhi to be made the president. At the same time, the discussion of making someone other than the Gandhi family president is being discussed in the camp.

In fact, even before the start of the Chintan Shivir, the question arose that if there was a change in the Congress, the president would also become a new one. There is still confusion on this matter. Congress sources say that many big leaders of the party have refused to become the national president of the party. The focus of all senior Congress leaders is on the Gandhi family. Even in his address, he is taking names of Sonia Gandhi, Rahul and Priyanka. At the same time, in some media reports, the possibility of making Priyanka Gandhi the president is being expressed.

Meanwhile, party sources say that there has been no discussion about the party president in the Chintan Shivir so far. Some people are speculating the names of the party president to divert attention from other things. Even when asked the question, it has been said that the election process is going on in the party. Accordingly, the party president will be decided. The six subjects on which the committees have been constituted, the same issues have been discussed. It mainly includes economic policy, farmers, youth and unemployed, social justice, organizational structure of the party. The panel has discussed and prepared proposals, which will be stamped by the Congress Committee on Sunday.