Rakshabandhan: Know why this festival is celebrated and who tied the first Rakhi

by AnyTV
in Top News
Reading Time: 3 mins read
0
A A 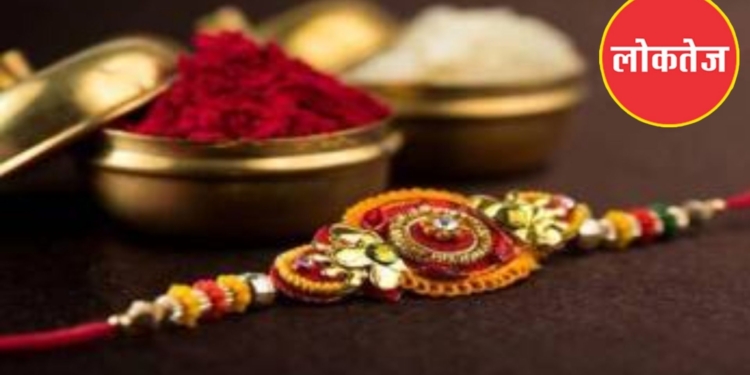 According to Hindu mythological beliefs, there are many stories related to this festival.

But do you know why Rakshabandhan is celebrated and what is the significance of this day? According to Hindu mythological beliefs, many stories are associated with this festival. Let’s know the stories related to Rakshabandhan-

Talking about Rakshabandhan, the first mention of this story comes. According to Mahabharata, the index finger of Shri Krishna ji was cut off while killing Shishupala. On seeing this, Draupadi ran to Krishna ji and tore a piece from her sari and tied a bandage on his finger. This day was Shravan Purnima. After this, Krishna promised his friend and sister to protect him, which they also fulfilled. Further, when Draupati’s rag was started, Krishna had increased the rag to protect his sister Draupadi.

Happy rakshabandhan to all #Krishn and #Krishna.

Wishing you all a very Happy Rakshabandhan.

A story related to Rakshabandhan is also associated with the Vamana avatar of Lord Vishnu. When Lord Vishnu took the Vamana avatar and asked for a donation of three steps of land from Bali, the king of the Asuras, he measured the earth in the first step, the sky in the second, then Bali recognized the Lord and bowed to Lord Vishnu and asked him to keep the next step on his head. . On this Vishnu was pleased with Lord Bali and asked to ask for a boon. Asura Raj Bali, in a boon, asked him for a boon to stand at his door. Thus Lord Vishnu got caught in his own boon. In such a situation, Mata Lakshmi, on the advice of Narada Muni, tied a rakhi to Asura Raj Bali and asked Lord Vishnu as a gift.

According to Hindu Puranas, the Devasura struggle lasted for more than 10 years. Many gods were defeated in this battle. During the war itself, Guru Dev Brihaspati had given an order to the deities, according to which the Indranis had tied Rakshasutra to Lord Indra. After this, the new power of sisters was infused among the gods and they killed the demons under the leadership of Lord Indra. After this, the holy festival of Rakshabandhan has been celebrated on earth which continues even today.

Story of Himayun and Rani Karnavati

Along with all this, a story is also associated with history. Historians tell that when Rajputs went to battle in Rajasthan, women used to apply kumkum tilak on their foreheads with the belief of victory and tied the thread of protection in the form of silk thread in their hands. In the medieval period there was a struggle going on between the Rajputs and the Muslims. Rani Karnavati was the widow of the Raja of Chittor. When Rani Karnavati got the news of Bahadur Shah’s attack on Mewar, she was terrified. Karnavati was not able to fight with Bahadur Shah. Therefore, he sent Rakhi to Humayun for the protection of the people. Then Humayun kept the shame of Rakhi and reached Mewar and fought a war against Bahadur Shah.

These two contestants will be evicted before the finale! shocking elimination

These two contestants will be evicted before the finale! shocking elimination