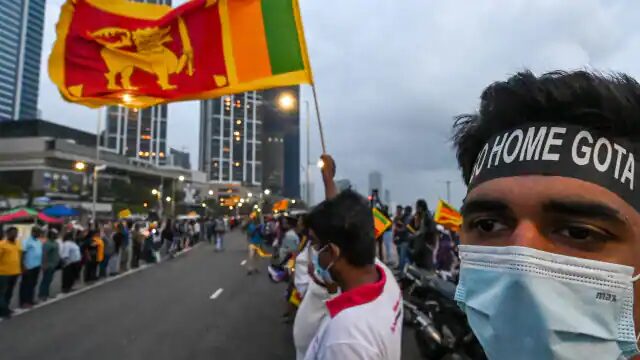 The situation in Sri Lanka seems to be worsening after the ongoing economic crisis and the resignation of Prime Minister Mahinda Rajapaksa. There is news that there is a demand to arrest Rajapaksa. The former PM has been accused of inciting violence, in which at least 8 people have died. On Monday, protesters damaged properties of several leaders.

The Defense Ministry on Tuesday ordered Army, Air Force and Navy personnel to shoot at any rioter who loots public property or causes injury to civilians. The ministry’s order came after President Gotabaya Rajapaksa urged people to stop “acts of violence and vendetta”.

Understand the condition of Sri Lanka in 5 points
, There was a clash between supporters of Mahinda Rajapaksa and opponents of the government. The Sri Lankan government has imposed a nationwide curfew. At the same time, troops have been deployed in the capital Colombo. President Gotabaya Rajapaksa on Tuesday urged people to stop violence and retaliation. At the same time, he vowed to the citizens to resolve the political and economic crisis.

Hours after Prime Minister Mahinda Rajapaksa’s resignation on Monday, anti-government protesters set fire to his ancestral residence. Not only this, the agitated protesters also tried their best to enter his official residence and damage it. This trend continued on Tuesday as thousands of protesters tried to break into the main gate of former Prime Minister Mahinda Rajapaksa’s official residence, prompting armed soldiers to take immediate action and escorted Mr Rajapaksa and his family out safely.

Amidst violent anti-government demonstrations in Sri Lanka, the luxury hotel of President Rajapaksa’s chief astrologer in Anuradhapura was also set on fire. Not only this, the protesters also damaged several other properties belonging to the leaders of the ruling party. In addition, two hotels and an eatery belonging to the Mayor of Embalangoda were also attacked.