Strange statement of BJP leader, ‘Corona is a creature and its right to live!’ 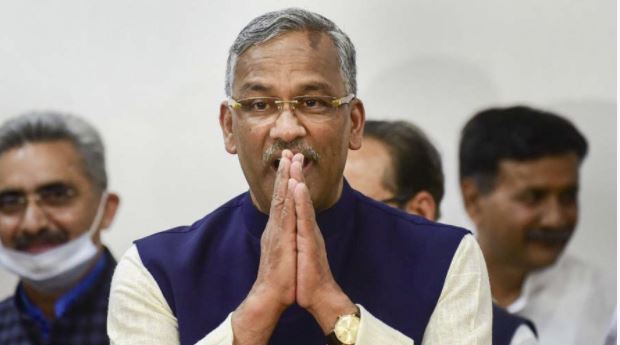 The second wave of corona in India has exposed the country’s health system and government work. The second wave proved to be so fatal for India that this time the death toll from Corona is more than the first wave. Due to the second wave, there was a shortage of beds, oxygen, ventilators, medicines, injections in hospitals across the country. Not only this, sufficient vaccines are also not available in the country, due to which the vaccination campaign is going on intermittently. Amidst all this, a strange statement of former Uttarakhand Chief Minister and BJP leader regarding Corona has become a topic of discussion.

Amidst the Corona crisis, former Uttarakhand Chief Minister Trivendra Singh Rawat has given a foolish statement. The BJP leader said on Thursday that the corona virus is a living being. He too has a right to live. Many comments are being made on this statement of Trivendra Singh Rawat on social media. His video is going viral.

The former Chief Minister said that from a philosophical point of view, coronavirus is a living being. Like everyone else, he too has the right to life. But we humans consider ourselves to be the most intelligent and are after it to eliminate it. So this virus is constantly changing in itself. At the same time, the BJP leader says that humans need to go beyond the virus to save themselves.

Then it will also be Aadhar card / Ration card? pic.twitter.com/1uhcb92JWQ

Commenting on this, Congress leader Gaurav Pandhi said that no one should be surprised by the statements of such people. Our country is facing the most human tragedy in the world today. A Twitter user mocked the former chief minister’s statement that the virus should be sheltered in Central Vista. So National Youth Congress National President BV Srinivas said that if Corona is an animal then after former CM and BJP leader Trivendra Singh Rawat, will he also have Aadhar card or ration card?