Unique theft: This ‘honest thief’ is going viral on social media, wrote a letter to the family members after the theft 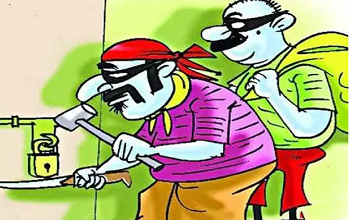 The thing about returning the money written in the letter, this letter went viral on social media

It is no surprise to hear about theft today. Incidents of theft keep coming to the fore every day. But recently a theft in Bhind, Madhya Pradesh has caught everyone’s attention. In fact, a unique theft in Madhya Pradesh has become a topic of discussion on social media. Actually, in this theft, the thief wrote a character after stealing. In this letter, he has promised to return the full cost of the stolen goods. Something happened that after stealing the valuables, the thief left a letter for the family members saying that he was doing this to save his friend’s life and that he would return all the money when the time came.
Also Read  If there is trouble in plucking coriander leaves, then see here funny hack, video viral

The biggest thing is that this theft happened in the house of a policeman, but there was no one in the house at the time of the incident. Kamlesh Katare, assistant sub-inspector of Kotwali police station, who is investigating the matter, said that the house of a police constable working in Chhattisgarh was robbed last week. At the time of the incident, the constable’s wife had gone home with children.

Let us tell you that in the character left by the thief after the theft, that thief wrote, ‘Sorry friend, it was a compulsion, if I had not done this, then my friend would have lost his life. Don’t take tension, as soon as the money comes, I will throw it in your house. Don’t worry about money at all. Not only this, the thief has also described himself as a good person by writing ‘Dhoom 3’ at the end of the letter. Now this letter is going viral on social media.

Let us tell you that when the soldier’s wife came back home on the night of July 5, she saw the locks of the rooms broken and the goods scattered. During this theft, the thief stole some jewelry from the house. Now the family members fear the involvement of an acquaintance in this incident. Presently the police is probing the matter.