After getting divorced from her husband, the woman married a dog, said – I am more happy now 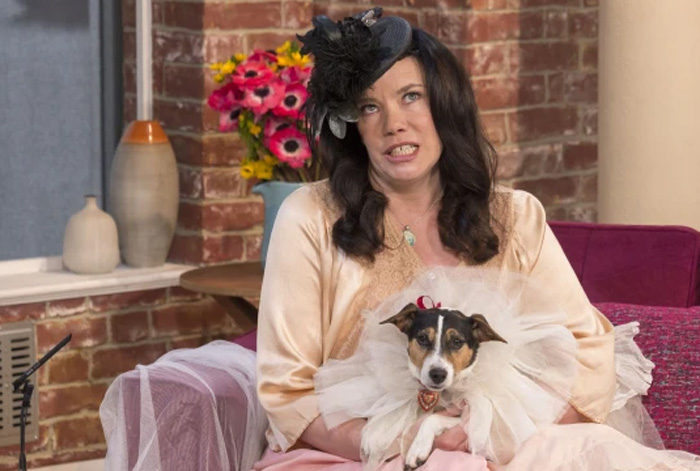 There will be cases of divorce between your husband and wife, it is not a matter. But it is surprising if a woman marries a pet after getting divorced from her husband. One such case has come to the fore in the United Kingdom. A 47-year-old woman divorced her husband and married a pet dog.
A woman named Amanda Rogers from Croatia has claimed that she is happier now after marrying a dog. According to the report of The Sun, he made Doggy Sheba his companion in 2014. 200 people had witnessed this unique marriage. The lady is very happy marrying the pet and leading a good life.
Amanda was leading a secluded life after getting divorced from her husband. Meanwhile, one day he got married with pomp and rituals with pet dog Sheba. He took vows to live and die with him and made him his companion. Sheba has become a special part of his life. Doggy accompanies her every step of the way, making her laugh when she is sad. Takes special care of them. On a TV show, he told that he had fallen in love with Sheba since she was 2 months old and eventually married her.
He sees true love for Sheba in her eyes. He has a deep relationship with Sheba. Amanda tells that Sheba also cares about this marriage. When he proposed by kneeling, Sheba also responded by wagging her tail. Amanda is very happy to marry Sheba.

PM Modi’s vision is that Kashmir should not be India’s taker, but a giver’s territory: Shah

Prem Chopra, who scared everyone, used to be in bad condition due to this one thing, he used to leave sweat on the set. prem chopra fear of snake is popular in bollywood industry | AnyTV News