Australia: Considering a gold stone, kept it with you, now a treasure worth crores has come out In Australia in 2015, David Hall found a stone in Mariborough Regional Park near the city of Melbourne. Thinking that the inner part of this stone would be of gold, David took the stone with a handle. One day on visiting the Melbourne Museum, David realized that it was worth more than gold. It is not an ordinary stone but a meteorite and is also 4.6 billion years old.
Let us tell you that in common parlance we call the rock coming from space ‘falling star’ or ‘meteor’. Sometimes this meteorite reaches the ground without burning completely in the atmosphere, which we call ‘meteorite’. When David was walking in the park, something was found in his metal detector. Considering this stone as a gold mine, David kept the stone with him. When he came home he tried to break the stone with sharp objects and acid but it did not break. Frustrated, David kept the stone in his house. When David recently visited the Melbourne Museum, his eyes widened at the sight of the Geological Department. This item was many times more valuable than gold.
About this, Geologist Dermot Henry of the Melbourne Museum said that this strange rock came to Earth after traveling in space. This is a valuable meteorite. I’ve been working in this field for 37 years but so far I’ve only seen two real meteors. The meteorite weighs 17 kg. The meteorite is named after a meteorite found in Mariborough Regional Park. Made of a mixture of iron and nickel, this meteorite is heavy in weight.
Further geologist Henry said, “Meteors are very important for space research. It gives us information about the age, formation and chemistry of the solar system. Many meteorites are ‘star dust’ and are older than our solar system.” I estimate that the meteorite that David found fell to Earth 100 to 1000 years ago. Many people come to me thinking that the stone is a meteor. Due to the lack of knowledge of meteorites, they have been on Earth for over 200 years. live and we consider them to be ordinary stones. 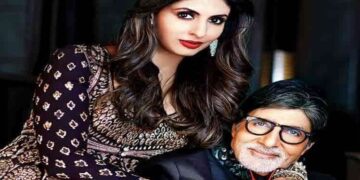 New Delhi. The popularity of electric vehicles around the world has grown rapidly in the recent past. Due to this,...

These are the most royal weddings of Bollywood so far, this actress wore a ring worth 3 crores. list of royal and costly weddings in bollywood, see here | AnyTV News News These days only Katrina and Vicky Kaushal's marriage is discussed in the industry. However, no statement has come from both...

Mamta Banerjee does not have faith in Congress, said – setting is from BJP

Oppo to unveil Reno 6 series in India on July 14