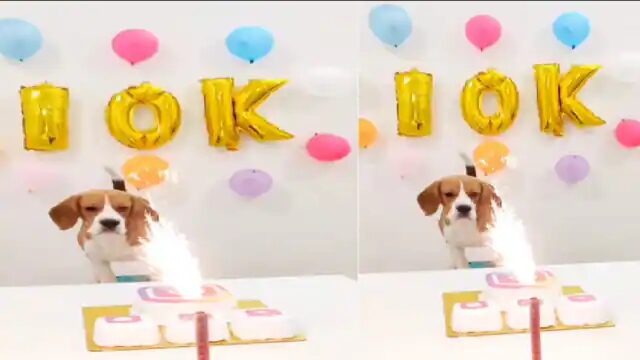 Social media platforms are giving an opportunity to move forward not only for humans but also for animals. We are saying this because there are many such dogs and cats that thousands and millions of people follow on Instagram. Videos and photos are also shared from their accounts to keep their fans engaged. One such dog is also becoming viral on social media nowadays. Recently, ten thousand followers were completed on this dog’s page, for which celebration was also done in a grand style.

This dog has a page on Instagram named Beaglethedoodle. At the time of writing the news, Doggy’s page has 12 thousand followers. Recently, Doggy had completed ten thousand followers, whose party was also kept. In the video going viral, you can see that a cake has also been ordered for the happiness of the followers, in front of which Doggy is sitting. Doggy’s party in the video will rob your heart too.