by Sveta Goyal
in Viral News
Reading Time: 4 mins read
0
A A 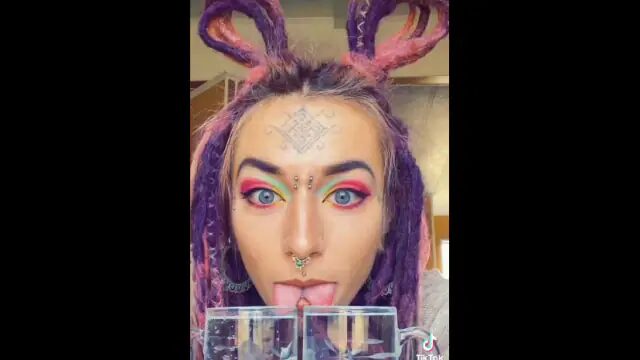 Many of us like to watch funny videos on the internet. Some people watch videos of new and unique things. Recently, another such video has gone viral on the internet in which social media users have been surprised to see a woman’s tongue cut in two parts from the middle. A woman named Brianna Marie Shihadeh is seen enjoying two drinks with her tongue cut out. Brianna is a dreadlock artist from California who has a passion for body modification. In the video that has now gone viral, she is seen trying to taste water and Sprite at the same time.

Interestingly, the woman has had her tongue surgically amputated and is now able to taste two different things at the same time. In the video, he can be seen pouring water in a glass and Sprite in a glass. She then bends over to taste them together. She puts the two parts of her tongue in separate glasses. The video was shared on Instagram account @flower.friendly with the caption, Which two flavors would you try first?

It is written in the video, you can taste two tastes at once. The entertaining video has garnered around 1.76k views on Instagram. It has got more than 13 thousand likes because people are surprised to see the woman drinking two things at once. Some social media users are shocked to see the talent of the woman and others are questioning whether the process has hurt her? Another user said omg I have to try this.

The video is attracting people and social media users have requested the woman to try Pepsi and Coca-Cola together. Even though the video is getting a lot of views from the entertainment point of view, experts claim that the process of tongue cutting is dangerous. Those who go through it are putting themselves at serious risk of infection.