The economy will grow at the rate of 12 to 13 percent, then the rupee will strengthen 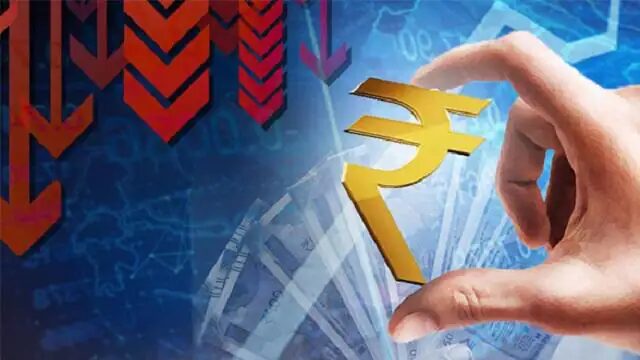 Rating agency Icra estimates that the Indian economy will grow at a rate of 12 to 13 percent in the first quarter of the current financial year. Referring to the business activity index reaching the second highest level of 13 months in April, ICRA said on Tuesday that the growth rate of gross domestic product (GDP) in the first quarter can be very good.

However, ICRA has retained the GDP growth forecast of 7.2 per cent for the fiscal year 2021-22. ICRA Chief Economist Aditi Nayar said that the reasons behind this are rising inflation and hike in policy interest rates.

Rupee will strengthen again: Rupee may cross 79 against dollar. But making a sharp comeback, it can come close to Rs 76-77 per dollar.

Boom in business activities: The Business Activity Index for the month of April indicates that activity has been around 16 per cent higher than a year ago and pre-Covid levels. Icra said that the trend of rapid growth may continue in May as well. Thus, the GDP growth in the first quarter of the financial year 2022-23 should remain in the double digits to 12-13 percent. However, this rapid growth may not be sustained going forward and the annual growth may be moderate in terms of volume and numbers.

How does wholesale inflation affect you? See what is the difference between retail and wholesale

Estimation of cost escalation: Nair believes that Gross Value Added (GVA) growth rate may remain in the unit digit due to cost escalation. This is the reason why we have retained the GDP growth forecast for the year 2022-23 at 7.2 per cent.

Inflation risk: Nair said the biggest risks to inflation and growth are rising fuel prices and the potential impact of the Ukraine crisis. If the war between Russia and Ukraine does not end soon, its impact will be more than expected.

Speed ​​up vehicle purchases: According to Icra, 80 thousand vehicles have been registered between May 1 and 16, which has increased by 140 percent on an annual basis. At the same time, there has been a jump of 44 percent compared to April.