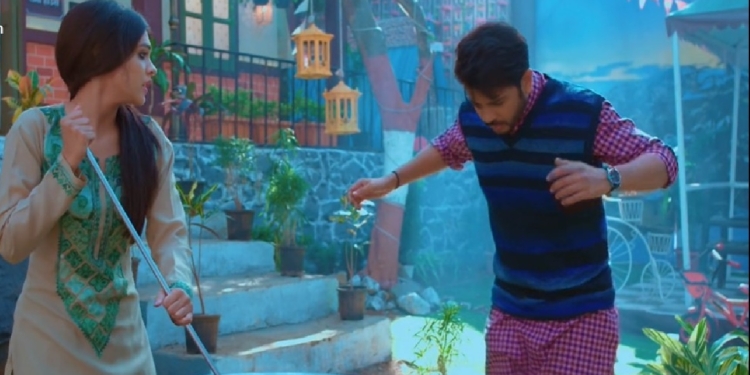 New Delhi. Popular small screen serials Yeh Rishta Kya Kehlata Hai and Kundali Bhagya are seeing daily twists and turns. In the last episode of Yeh Rishta Kya Kehlata Hai, you saw Abhimanyu going to the hotel unable to control himself and crying a lot. On the other hand, Akshara also takes out all her sorrows on food and does not tell anything to Abhinav. There she is lost in someone’s love, Virat has given an ultimatum to Sai that she herself should tell the whole truth to the family, otherwise she will tell it herself.

Abhimanyu will misbehave with Abhinav

Whereas in Yeh Rishta Kya Kehlata Hai, Akshara has gone mad after meeting Abhimanyu. He feels that Akshara has moved ahead in her life so soon. Poor guy talks his heart out in front of people in the dark night. Talks about heartbreak along with comedy. He repeatedly talks about the value of X in life, which is in our maths, listening to the words of the poor thing, it seems that there is so much pain inside the mind. Not only this, he sleeps on the road, where Akshara Trying to forget the sorrow and taking out all the anger on Jaime. She does not want Abhimanyu to come back in her life. While making jam, Akshara burns even the vessel. Akshara thinks in her mind that she will not let her past dominate today. After which Ruhi calls her Poppy and complains that he has not made anyone else his friend, now how can the poor thing tell that he has met his first love Akshara. This is neither a thing to swallow nor to spit for Abhimanyu. It is stuck in the deep. Abhimanyu does not want to stay there at all, but because of Mahima, he has to stay. After which Abhimanyu prepares to leave for Shimla, but then Abhinav comes and asks to leave. Abhimanyu takes all his anger out on Abhinav. Now poor Abhinav feels that he has done some mistake and apologizes but Abhimanyu is not ready to listen, he just wants to run away.

Virat will try to convince Patralekha

While missing someone’s love, Sai has told Virat that either he himself should tell the truth to the family, otherwise she will tell the truth. Now before Virat can understand anything, Patralekha comes and starts telling Sai that what kind of mother she is who disappeared without informing someone else’s child. She says you want to snatch our son now. Sai shouts that this child is not yours. Patralekha says that even though he is adopted, he is my child. Virat somehow pacifies the fight between the two. After which Virat takes Patralekha on a date to convince her to tell the truth to Pakhi. As soon as Virat takes Sai’s name, Patralekha gets angry and says why everything starts with your Sai and ends there, now even before Virat says anything, Patralekha has misunderstood Virat. He pacifies and says that what is the problem if Veenu calls Sai as Chhoti Maa. Now Patralekha’s temperature is high and she clearly says that she is not going to share her husband and son with anyone. She directly says that make Sai understand, she has divided her husband but now she will not divide her son.