New Delhi. The war of words between social media sensation Urfi Javed and BJP leader Chitra Wagh is increasing. Urfi Javed is posting something or the other on social media almost everyday regarding Chitra. She sometimes calls Chitra her mother-in-law and sometimes her friend. However, Amruta Fadnavis, wife of Maharashtra’s Deputy CM Devendra, has also jumped into this matter. He has openly supported Urfi Javed. He has said that he does not see any harm in Urfi’s clothes. So let’s know what Amrita has said.

What did Amrita Fadnavis say

Talking about the controversy of Urfi and Chitra Wagh in front of the media, Amrita said that Urfi is not doing anything wrong. There is nothing wrong in being an actress. Whatever she is doing, she is doing it for herself, not for anyone else. Talking about Chitra Wagh, Amrita said that everyone has their own opinion and she is demanding action according to her opinion. An actor has to do all this professionally but yes some care can be taken in the public place. Amrita gave this statement on the release of her new song ‘Mood Bana Liya’. Let us tell you that the song has got a very good response from the fans. 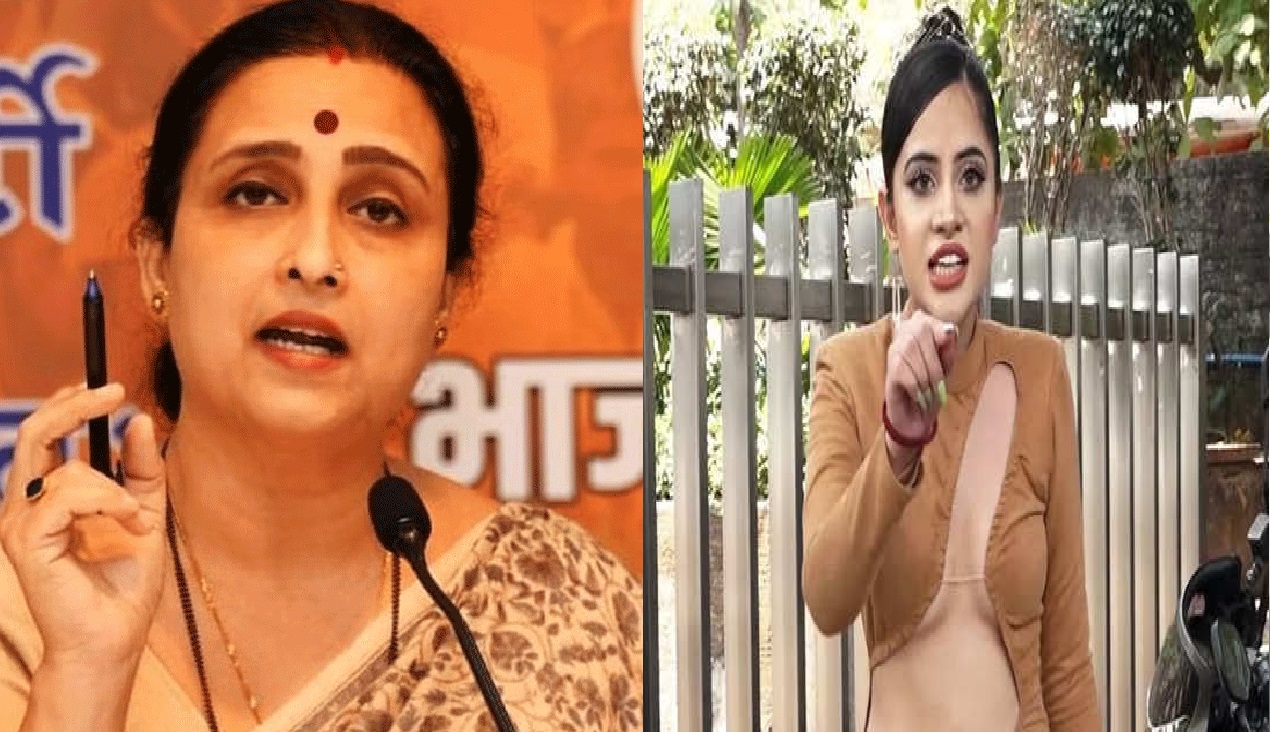 BJP leader Wagh shared the video of Urfi in a black dress and also accused her of spreading obscenity in a public place. Chitra had also lodged a police complaint against Urfi. After which Urfi targeted Chitra through a tweet. He said that instead of commenting on my clothes, it is better that you pay attention to Anjali’s case. Apart from this, Urfi has attacked Chitra many times.

Show us what you’ve got!
take #MoodBanaleya hookstep challenge and create your own reel using the song hashtag and tag us in them.
Tune in now: https://t.co/mPDS74OYIj
@TSeries #BhushanKumar @meetbros@kumaarlyricswriter@Ad7777Adil
pic.twitter.com/VHiDcEfqTK