Bollywood superstar actor Akki i.e. Akshay Kumar is often in the headlines for his films. Almost every film of his is a hit at the box office. The biggest actress wants to work with him. Akshay is doing one superhit film after another. Every one of his films is very much liked by his fans. Khiladi Kumar, after creating panic with his Sooryavanshi, is once again in the headlines for his upcoming film Atrangi Re. The trailer of Atrangi Re has arrived, which is being very much liked by the audience. But in the meantime, a mistake has been made by Akshay Kumar. Due to which he is being trolled.

ALSO READ  Ekta Kapoor did not go to the shooting sets of her father because of Jitendra's co-actress, made a big disclosure

Also read- Is Priyanka Chopra doing baby planning, is this a big deal

Let us tell you that Akshay Kumar shared the trailer of his upcoming film Atrangi with his social media handle on 24 November 2021. When Akshay shared the trailer of the film for the first time on his social media, he had made a mistake. Everyone was surprised to see that. He tagged everyone but forgot to tag Dhanush. Because of which he is facing trolling. When Akshay realized his mistake, he rectified his mistake and deleted the tweet and shared it again. But people caught his point and he is constantly being trolled on social media. At the same time, the trailer of the film is also getting a lot of love.

ALSO READ  When superstar Shahrukh Khan too .., could not fulfill this demand of his daughter Suhana

Let us tell you that Sara Ali Khan and Dhanush will also be seen with him in this new film. The film is directed by Aanand L Rai. Those who mostly bring only desi films. And the trailer of the film Atrangi, which is also known for the same, has been liked by the people.

Talking about the work front, Akshay Kumar is seen in the biggest hits of the year. Akshay Kumar is currently busy shooting for his film Prithviraj and promoting Atrangi.

Also read- Malaika Arora has to listen to taunts again and again due to her tight clothes, this time she has crossed the limit… Users said coward

In today's era, social media has become an important part of life, which has many features, such as providing information,... 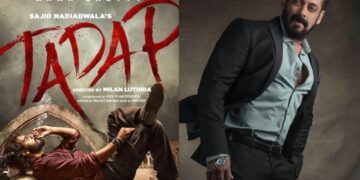 Today, big stars were present on the occasion of the special screening of the film Tadap. Let us inform that... 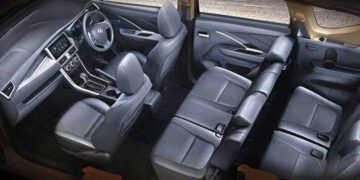 Japanese automaker Nissan is preparing to launch an affordable 7-seater in the Indian market. The news is coming that this...

Sunny Deol was furious at Shahrukh Khan, had torn pants in anger

Goa casinos will open again from tomorrow, only vaccine holders will get entry

Uncle’s ‘fan hi-tech’ cycle has gone viral on social media, did you see