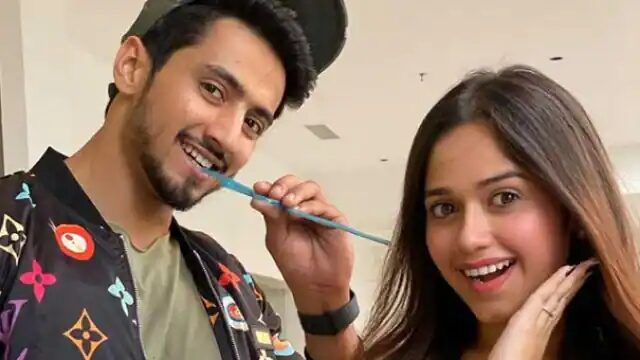 Rohit Shetty’s show Khatron Ke Khiladi 12 is very much liked. Whenever this show comes, it creates a blast. Now the 12th season of this show is coming. Ever since the update of the 12th season of this show has come out, new updates keep coming every day regarding the contestants of the show. A few days later, there was news of social media sensation Mr Faizu going on the show that now his alleged girlfriend Jannat Zubair has also come to join the show. Jannat was also asked about this, on which the actress did not say clear yes, but did not say no either.

What did Jannat say?

In fact, in an interview given to Telly Chakkar, when Jannat was asked about joining the show as a contestant, she said that she has been getting offers from the show for many years, but she refuses them every time. She said that she is scared whether she will be able to do stents in the show or not. But now I realize that the show has become more interesting and I should be a part of it.

Will Jannat come in Big Boss?

By the way, apart from Khatron Ke Khiladi, Jannat was also asked about the show Bigg Boss. When asked if she would like to be a part of Bigg Boss, she said, I will never be able to do this show because I am not made for it. I don’t match for this show.

Fans will be happy to see Jannat and Mr. Faizu

Although Jannat has not confirmed whether she is joining the show or not, but fans want to see both of them together. If Mr. Faizu and Jannat come together on the show, then what will happen because when both of them come together in the video, it becomes viral on social media. There have been reports of relationship for a long time regarding Mr. Faizu and Jannat. Although both always told these reports wrong. Once when Faizu was asked about this, he told Jannat to be a good friend.

Who are the confirmed contestants

Let us tell you that Khatron Ke Khiladi 12 will be shot in South Africa. So far, the names of the confirmed contestants of Khatron Ke Khiladi 12 that have come out include celebs like Rubina Dilaik, Sriti Jha, Shivangi Joshi, Rajeev Adatia, Prateek Sahajpal. Rohit Shetty will host the show as usual.