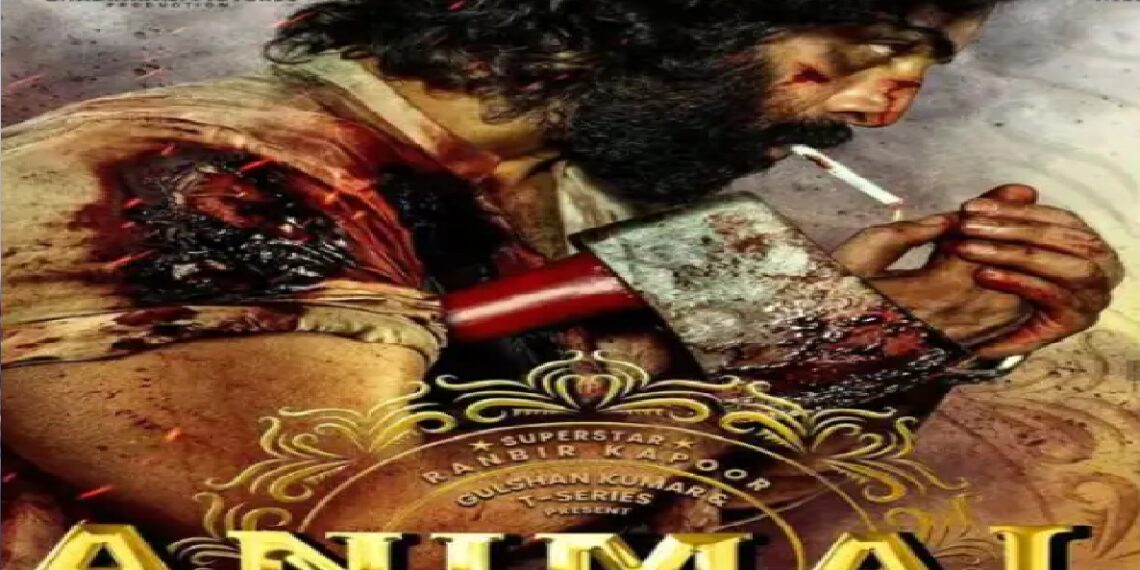 new Delhi. Bollywood actor Ranbir Kapoor’s new year has started on a great note as the bold poster of the actor’s upcoming film ‘Animal’ was released at midnight. The first look of the film itself was so spectacular that it took over the social media upon its release. The look of the actor in the poster is quite dangerous and it is difficult to recognize the actor at once. So let’s know what is special in the actor’s poster.

Ranbir Kapoor’s look is quite violent in the wild poster of ‘Animal’. He has a blood-soaked ax with him and he is trying to smoke a cigarette with both hands. In Ranbir’s new look, his hair is curly and he has also kept a thick beard. Fans are loving the actor’s look and after the look is revealed, fans are quite excited to watch the trailer. Let us tell you that the poster was released by the makers at 12 o’clock in the night. Although some users have not liked Ranbir’s look, they have called the new look a cheap copy of Shamshera. Not only this, the users are also finding the actor’s body fake.

Which movie is the copy of?

Movies spread violence. It should be known what would go through the mind of a child if he sees this poster. When a man is slowly becoming self-centered, the effect of movies increases in his mind.

Copying south Indian will not make the film hit

The film will be released this year

One user commented and wrote that the look is very similar to Yash and Allu Arjun of KGF Part 1. Another user asked from where the look of the film was copied. While some people are comparing Ranbir’s look with Hrithik Roshan’s look. Significantly, apart from Ranbir, South’s beauty Rashmika Mandana is also going to be seen in the film. Ranbir and Rashmika will be seen together on screen for the first time. Looking at the poster of the film, it can be guessed that Ranbir’s role in this film will be very different from the rest of the films. So far Ranbir has been seen as a romantic and chocolaty boy, but in this film he is looking quite fierce.