The magic of PS-1, a film on the history of Chhaya Chola Empire, on the fans, Aishwarya’s acting won hearts,

by Amit Tripathi
in Entertainment
Reading Time: 5 mins read
0
A A 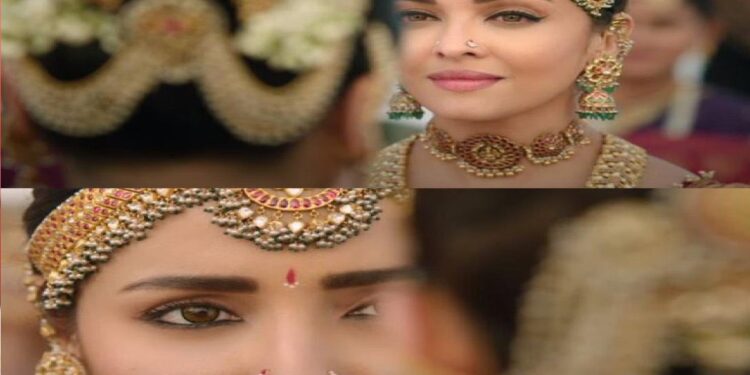 The film has done business of 11 crores

There is so much craze among the fans about the film that advance booking of the film is being done indiscriminately. It is being said that the film has already earned 11 crores even before its release. After which it is being speculated that the film can open bumper on the first day. Bookings for the Tamil version were started a day before. In the Tamil version itself, the film has earned 10 crores in bookings while the rest of the version has earned 1 crores. Fans are also praising the film fiercely on social media. Users are praising Aishwarya Rai and Trishna Krishna’s acting.

Thoroughly entertaining and faithful adaptation. It’s a brilliantly sequenced film with no dull and loose moments. Loved Karthi and Jayam Ravi. I think no one other than Mani Ratnam could have done justice to all the hype Kalki makes about Nandhini Devi.#PonniyinSelvan1 pic.twitter.com/pu4KtzN9Cq

The face -off between #kundavai ,@trishtrashers, #Nandini ,#AishwaryaRai) is a crucial moment in #PonniyinSelvan1 What a ego clash scene, you can feel the simmering tension between them. Both actors lived the role, bejewelled & dressed to perfection.
@ekalakhani , #Pratiksha pic.twitter.com/TsI4q6nB8m

#PS1 [4.5/5] , #AishwaryaRaiBachchan is born to play #Nandhini character.. Noone else could have done it..@trishtrashers as #kundavai is her best role and performance in her career.. Most impressed with her acting..

#PS1 #PonniyinSelvan: The master AR Rahman does it again for his man – scintillating work with the score that is easily the first hero of the film. Chants, hums, love themes, elevations so be it, @arrahman totally nails it. Stuff of legends!

Damn! He’s really done it. #ManiRatnam‘s #PonniyinSelvan1 is a spectacular adaptation that superbly captures the intrigue, thrills and page-turning quality of #Kalki‘s books. The start is shaky, but the entire second half is the master showing us all that he’s still the boss.

I liked the first half, but did feel the lag moments. But the 2nd half was just DOPE!!! The last 20 mins leaves you with a serious high!!!

Felt that the second half is a little hastened but adapting the long format book to the script has its own share of shortcomings. The climax leads to many unanswered questions, which will be answered in the second part. Waiting! #PonniyinSelvan #PS1

cond.. along with @trishtrashers (bold, beautiful, and sharp) and #AishwaryaRai (gorgeous& wily) make us root for their characters. Loved both halves of the film. It’s difficult to comprise the five-volume book in two parts, but #ManiRatnam has pulled it off. Waiting for #PS2 2/2

One user wrote while praising – Kundvai (@trishtrashers) and Nandini (#AishwaryaRai) face-off was the best scene which was fun to see on the big screen. That moment was full of arrogance and struggle. Another user commented – #PonniyinSelvan1 of #ManiRatnam is a brilliant adaptation that brilliantly captures the intrigue, adventure and page-turning quality of #Kalki’s books. The start is slow but the second half is fun. The response of the fans is coming very good for the film. However, on this day Saif Ali Khan and Hrithik Roshan’s film Vikram Vedha has also been released. The film has got 4 stars in terms of rating. Now it has to be seen which film is going to come out ahead in terms of earnings. The special thing is that the film is going to be a Pan India film and it will be released in different languages ​​on a large scale. In such a situation, it will not be easy for Vikram Vedha to survive in front of Ponniyin Selvan as the boycott was going on before the release of the film.