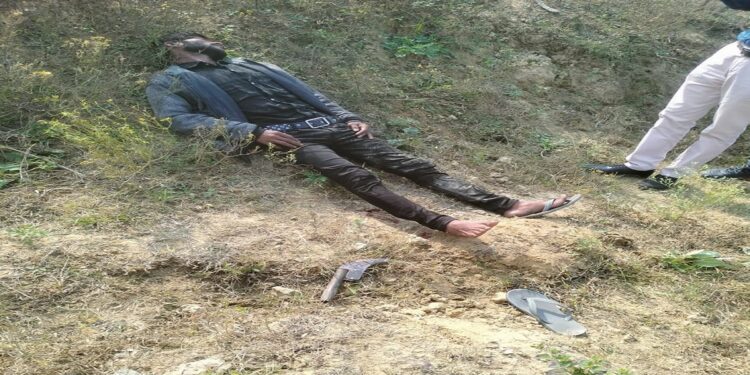 Earlier it was being speculated that Sufiyan, who killed Nidhi Gupta, might run away from the state. But in front of the promptness and strictness of the UP police, Sufiana could not get out and got caught by the police on Friday.

#UPDATE , Nidhi Gupta murder case: Accused Sufiyan arrested following a Police encounter. He has been admitted to KGMU trauma center after sustaining a bullet injury in his leg. He was carrying a reward of Rs 25,000 on his head. #UttarPradesh

Significantly, accused Sufiyan threw 17-year-old Nidhi Gupta from the fourth floor. After which he was taken to the hospital in critical condition, where the doctors declared Nidhi dead. Please tell that the mother of the deceased had alleged that Sufiyan was harassing her daughter for the last several days. Not only this, the accused Sufiyan was also forcing Nidhi to marry forcibly by converting her. Nidhi’s relatives had also complained about this to Sufiyan’s father.

Nidhi Murder Case Lucknow: Sufiyan, the accused who killed Nidhi Gupta, was shot in the leg in the encounter. pic.twitter.com/4cWleREanB