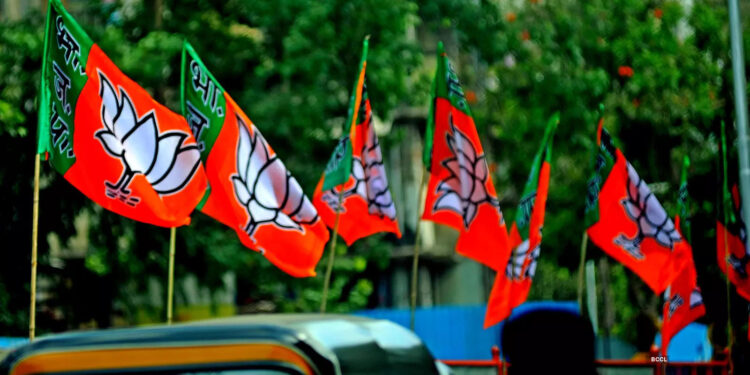 New Delhi. Before the Gujarat assembly elections, such a news has come out from the BJP camp, which has put all the rebel leaders in a quandary. After this news, there is a feeling of fear among the leaders who have taken the path of becoming a rebel. They are afraid that the next number will not come to them. Yes… Exactly… You are trying to understand absolutely right. Actually, there is news that BJP has shown the way out to its seven rebel leaders and it is worth noting that this action has been taken just before the Gujarat assembly elections.

Let us tell you that Harshad Vasava, Chhatrasinh Gunjariya, Arvind Ladani, Ketan Patel, Bharat Chavda, Uday Shah and Karan Baraiya have been shown the way out. Three more rebels, Madhu Srivastava, Dinubhai Patel (Dinumma), and Dhavalsingh Jhala were also set to be shown the way out of the party, but they had long ago resigned from the party high command. Gujarat BJP President CR Patil has taken this action, which is now being discussed widely. Now in such a situation, what is the situation to be seen in the state before the Gujarat assembly elections in the coming days. Everyone’s eyes will be fixed on this, but one thing is clear that fear has spread among those who rebel against the party after the said decision.

Let us tell you that the process of campaigning for the Gujarat assembly elections has started. All the parties have started working towards creating an atmosphere in their favor. Elections are to be held in the state on 1 and 4 December. Elections are to be held in the state in two phases and the results will be announced on December 8. Now, in such a situation, what direction will the political situation of the state take in the coming days. Everyone’s eyes will be fixed on this. Whose sting is ringing in the state in the upcoming elections. Everyone is also very curious to know this, but you will have to wait for December 8 to know the answers to all the questions.