In this tweet of PM Modi for Sukhwinder Singh Sukhu, there is hidden ‘work ki baat’, know what is written in the tweet. 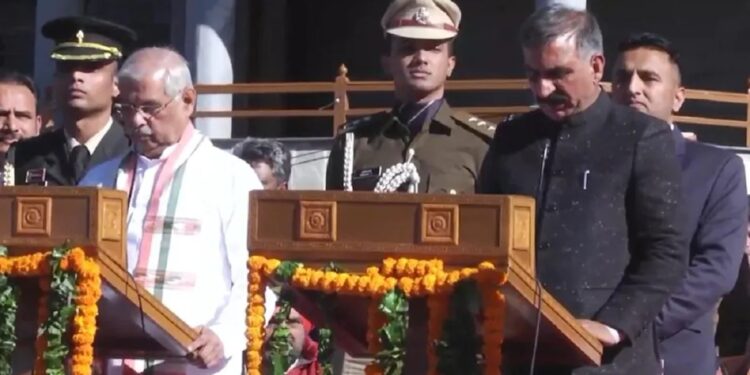 New Delhi. After the victory in Himachal Pradesh, the ruckus in the Congress over the Chief Minister’s post has now subsided. In fact, the party agreed on the name of Sukhwinder Singh Sukhu for the post of Chief Minister. Sukhwinder Singh took oath as Chief Minister and Mukesh Agnihotri as Deputy CM today. However, after the victory of the Congress, there was talk that Pratibha Singh could be given the command of the post of Chief Minister, but keeping in mind many reasons, the party refrained from making her the Chief Minister. However, now after a long deliberation, the party has decided to hand over the command of the state to Sukhwinder Singh, so how is the direction and condition of the state under his leadership. Everyone’s eyes will be fixed on this, but before that let us tell you that Prime Minister Narendra Modi has tweeted congratulating Sukhwinder on becoming the CM. Come, let us tell you further what he has written in his tweet.

Actually, PM Modi has tweeted, in which he said, ‘Many congratulations to Sukhwinder Singh Sukhu ji on taking oath as the Chief Minister of Himachal Pradesh. I assure all possible cooperation from the Center for the development of Himachal Pradesh. Let me tell you, the said tweet of the Prime Minister is in the headlines right now. On which people are seen expressing their reactions in different ways. Now in such a situation as a reader what do you have to say on this tweet. Don’t forget to tell us by commenting.

Congratulations to Shri Sukhwinder Singh Sukhu Ji on taking oath as Himachal Pradesh CM. I assure all possible cooperation from the Center to further the development of Himachal Pradesh.

On the other hand, if we talk about the performance of BJP in Himachal elections, the party won 25 out of 68 seats in the state and independents won 3. On the other hand, if we talk about the ruling party Congress, then the party has hoisted the winning flag on 40 seats. Apart from this, the Aam Aadmi Party also failed to open its account. Although, the process of Congress being in power for five years and BJP for five years has always continued in the state, but this time the difference of vote share between BJP and Congress is only 1 percent. He has definitely done the work of giving sanjeevani to BJP. Congress leaders seem very excited about the victory in Himachal.