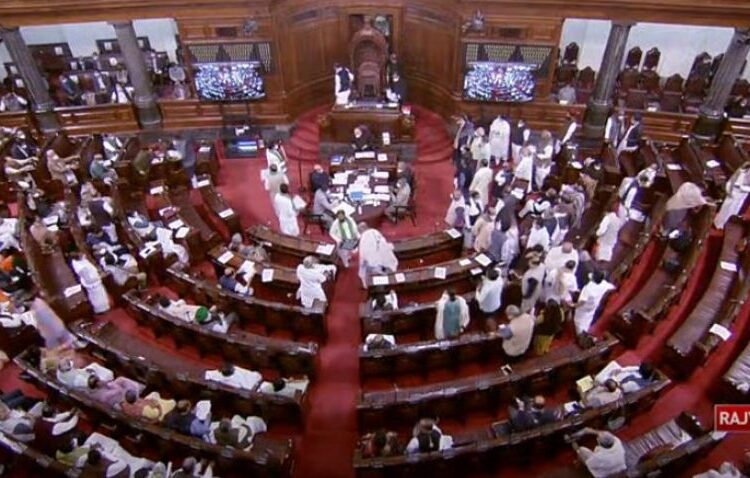 New Delhi. Today is the third day of the Winter Session of Parliament. The first two days were uproar in the house. The opposition is angry about the suspension of 12 Rajya Sabha MPs. On the second day on Tuesday too, there was a fierce demonstration inside and outside the house throughout the day. At the same time, the opposition’s demonstration started even before the beginning of the House on Wednesday.

The opposition started a demonstration in front of the Gandhi statue in support of 12 MPs. Opposition leaders with placards were seen demanding the reinstatement of 12 MPs.

Also read: Parliament Winter Session: After Rajya Sabha, the proceedings of the Lok Sabha were also adjourned till December 1

Discussion on Omicron variant
Preparations regarding the Corona epidemic and Omicron variants are to be discussed in the House on Wednesday. At the same time, Congress has also requested for a debate on the actual number of deaths due to Corona.

There is a demand of Congress that the poor families who lost their loved ones due to this epidemic should be given assistance of Rs.4 lakh each. It is believed that there can be a lot of uproar in the House on this issue.

Fire in Parliament Room No. 59
Big news came out of Parliament House on Wednesday morning. A fire broke out in Parliament’s room number-59 at 8 am. Fire brigade vehicles reached the spot and doused the fire. So far no untoward incident has been reported.

Seeing her father getting hit by the office, the girl resolved, passed the IAS exam