SKM is talking about ending the movement, Tikait said – the government has been saying this for 1 year, but without settling the issues, no one will go to their homes

by AnyTV
in Latest News, Politics
Reading Time: 2 mins read
20 1
A A 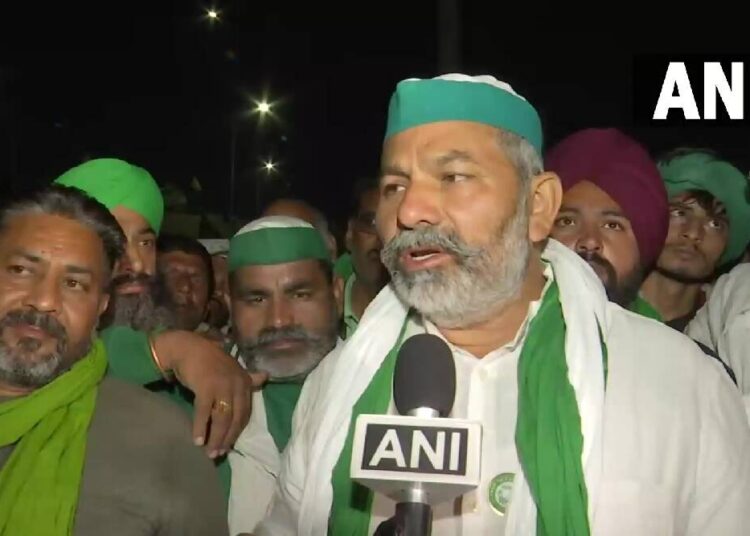 ALSO READ  Consuming too much vitamin D is harmful

Regarding tomorrow’s meeting, farmer leader Rakesh Tikait said that there will be a detailed discussion with the United Kisan Morcha in tomorrow’s meeting. He said that the farmers’ movement is not going anywhere. At the same time, it has been said on behalf of the United Kisan Morcha that after the clarification on the proposal sent to the government, the decision to end the farmers’ movement can come.

Let us inform that regarding the proposal of the United Kisan Morcha, the government has said that it will constitute a committee on the demand for legal guarantee of MSP and this committee will include farmers’ organizations from outside SKM, government officials and representatives of states. Apart from this, fake cases against farmers will be withdrawn.

The post SKM talking about ending the movement, Tikait said – Government has been saying this for 1 year, but without settling the issues, no one will go to their home appeared first on Jansatta.

Akhilesh and Dara Singh Chauhan met in flight a year ago, read the inside story

For Saif Ali Khan, not Kareena Kapoor but this actress is the hottest. when saif ali khan said katrina kaif is more hot than kareena kapoor | AnyTV News