UP: After years, when CM Yogi met his mother, Munawwar Rana wrote emotional poetry, people said- ‘He was going to leave UP, wasn’t he’ 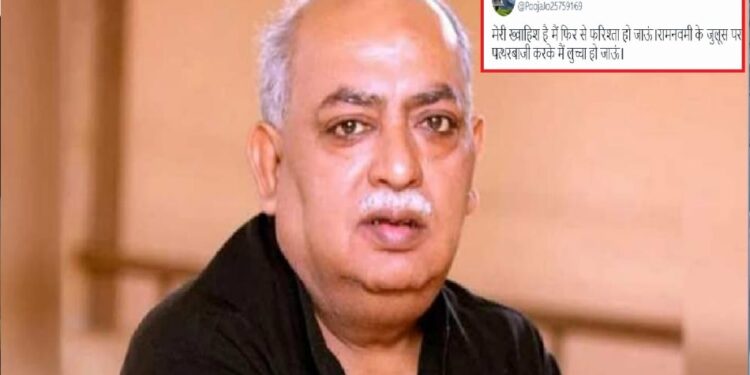 New Delhi. Recently, assembly elections were held in Uttar Pradesh. During this election, famous poet Munavvar Rana remained in the headlines. Let me tell those who do not know, Rana remained in the discussion about one of his statements in which he had talked about the return of Yogi Adityanath. In his statement, poet Munawwar Rana had said that if the BJP government is formed once again in the state and Yogi becomes the Chief Minister, then he will leave UP. Yogi Sarkar once again returned in the election results and presently Yogi 2.0 government is running.

Munavwar Rana has been on the target of people since the return of CM Yogi to the state. People keep targeting Rana fiercely on social media platforms like micro-blogging site Twitter. Meanwhile, Munavvar Rana, who has taken a tough stand against Yogi, seems to have changed his tone.

I wish I could be an angel again,
To cling to the mother in such a way that I become a child.

Actually, Munavwar Rana has shared the picture of CM Yogi by tweeting on Twitter, in which he is seen taking blessings by touching his mother’s feet. While writing this picture, Munawwar Rana has also written a lion whose lyrics are like this, ‘I wish that I can become an angel again, I can cling to my mother in such a way that I become a child.’ Now the way Munawwar Rana has praised Yogi Adityanath, it has forced people to think that what happened to Rana? They are against Yogi, they had talked about leaving the state on Yogi’s return to UP. Then what happened after all that they are building bridges of praise of Yogi.

Well whatever the reason may be, but after this tweet those people have again got the point of discussion who keep surrounding Rana. Now people have once again started showering questions on Munavwar Rana that what happened, when are you leaving UP. Many users are also such that by changing their own lion, they are targeting them only. Commenting on this tweet of Rana, a user wrote, ‘There the hypocritical poet has now started seeing an angel in Yogi ji. When are you leaving UP.’

I wish I could become an angel again. I get suffocated by pelting stones on the Ram Navami procession.

You were about to leave Uttar Pradesh, Rana sahib.

What happened after that

You are not sure of your words, you have not left UP

There, the reckless poet now started seeing an angel in Yogi ji. When are you leaving UP.