Pledge not to leave Congress, one ticket in one family; Sonia Gandhi’s preparation for Chintan Shivir 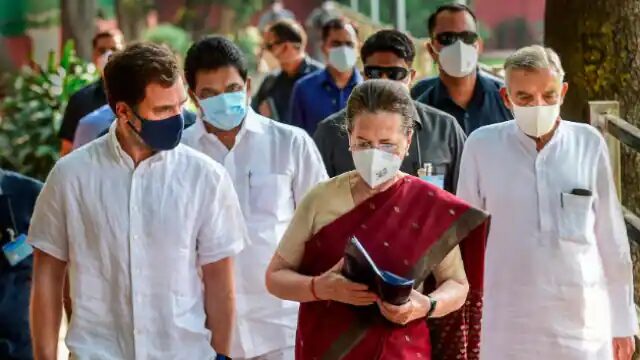 Congress has made big preparations for the Chintan Shivir to be held in Udaipur. In such an era when the party is facing continuous defeat, then Congress is preparing for a metamorphosis from organization to narrative. Not only this, efforts can also be intensified to stop the leaders who are constantly migrating. Congress sources say that in the Chintan Shivir, the party leaders can also be administered an oath that they will not leave the party. Taking the oath of allegiance, people will be asked to promise to retain themselves and their supporters in the party. In fact, many leaders, including Jyotiraditya Scindia, Jitin Prasad, who are said to be part of Team Rahul Gandhi, have left the party.

In such a situation, it is also a challenge for the Congress to stop the migrating leaders. Apart from this, the most important resolution can be passed that one person will get only one post in the party. Apart from this, the formula for giving tickets to only one person in a family can be implemented. Not only this, there are discussions even that this formula can also be applicable to the Gandhi family. Speculations are rife that Sonia Gandhi may announce not to contest elections and Rahul Gandhi alone can enter the 2024 general elections. However, some Congress leaders said that it is also possible that this formula should not be applied to the family.

The leaders of G-23 are also trying to cultivate

Apart from this, the effort of the Congress is also that the leaders of G-23 should also be tried, who are influential. Under this policy, former Haryana CM Bhupinder Singh Hooda has been given the command of the Committee on Farmers Affairs. Not only this, Udaybhan, a Dalit leader close to him in the state, has been made the state president. The Congress hopes that this contemplation will prove to be a moment for it in 2003, when it achieved an unprecedented success in the 2004 general election. This time Congress can pass a resolution to give 50 percent reservation to Dalit, OBC and minority leaders in the organization.

Rahul Gandhi will leave for Udaipur by train

Significantly, in the meeting of the Congress Working Committee on Monday, Sonia Gandhi had indicated to the leaders that now she will have to mobilize for the party. Sonia Gandhi had said that the party has given a lot to all of us and now is the time to payback it. 400 leaders from across the country will participate in the Chintan Shivir. Rahul Gandhi will leave Udaipur by train to take part in this camp. Many leaders will accompany him. Apart from this, Priyanka Gandhi and Sonia Gandhi are going to go by flight only.