Two brothers reached the stage of Shark Tank with the idea of ​​French Crown, from which shark they will get funds 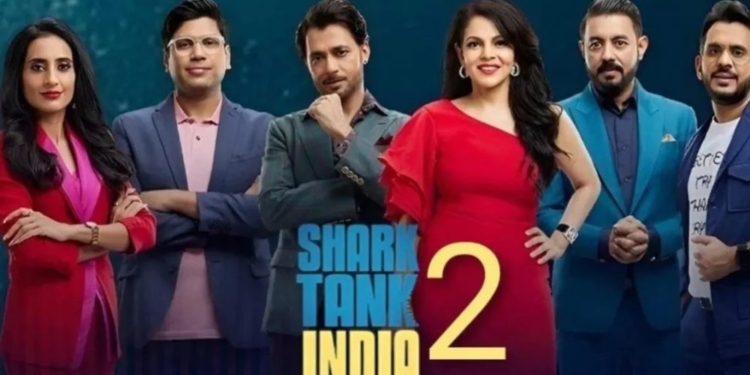 New Delhi. This season of Shark Tank India is very interesting, people are liking this season a lot. In this, every day one or the other entrepreneur puts their business idea in front of the sharks. After this, if the shark likes his idea, he puts fudding in it. This time two brothers whose names are Ilesh Ghewaria and Bhavdeep Ghewaria. Both these brothers have come from Gujarat. He first questioned Shark that why any brand brings designs only twice a year, the reason for this is dead stock. Explaining the meaning of dead stock, he said that such a thing which you bring in the market and it is not sold at all, after which it has to be put in the garbage. These two brothers also told Shark that the dead stroke of the industry is 30 percent.

Idea of ​​the French Crown

He further added that he has come up with French Crown which is India’s first fashion brand for men with zero dead stock. The duo launched it in 2017, and the sharks are amazed to hear that they launch over 280 designs every week. If you see now, we have more than 3000 designs live on our website. Be it suits or boxers, they make clothes of all men’s categories, but their best selling products are shirts and shirts. He further added that they also provide customized sizes, plus sizes, and standard sizes.

We congratulate them on their success and wish them great luck in their upcoming journey.https://t.co/dqdQN7cAY1 pic.twitter.com/pD5Zcx9tFM

All the sharks are shocked to hear that these two brothers want 0.33 percent equity in front of the sharks for their ₹1.5 crores. While talking about the valuation of the company, it is 450 crores. After all this, all the sharks asked their respective questions to both of them, to which they answered the sharks. At the same time, he also told that his net profit is 20 percent. After which Namita Thapar, founder of Emcure, placed her condition.