After Sana Khan, this actress who was a contestant of ‘Bigg Boss’ left the glamor world for religion, said – ‘I will always be in hijab now’. Bigg Boss 11 fame Mehjabi Siddiqui quits Glamer World | AnyTV News

by AnyTV
in Entertainment, Latest News
Reading Time: 4 mins read
0
A A 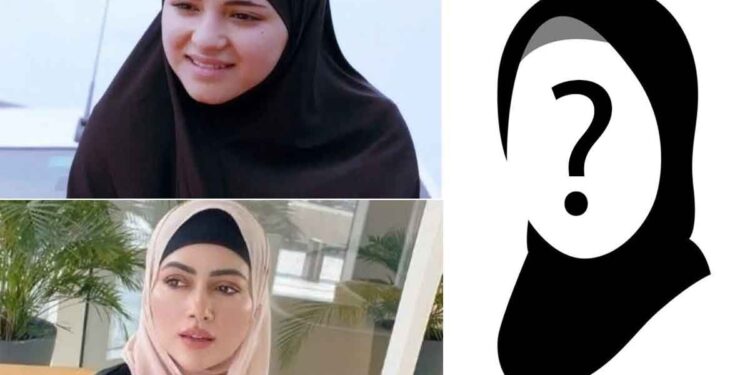 These days there is a big debate in the country regarding Hijab. There is a lot of talk about the Karnataka Hijab controversy. Meanwhile, many such actresses came out who left the glam world for religion.

After actress Sana Khan and Zaira Wasim, another actress has announced that she is ready to give up her career for the sake of her religion. And that actress is none other than Mehjabi Siddiqui, who was a contestant of ‘Bigg Boss 11’. Mehjabi Siddiqui has been away from limelight for a long time. During this, she was very active on social media, in which she used to post photos of her makeover. Now she has made a long post on her Instagram account, in which she said that she has made up her mind to always wear hijab after being influenced by actress Sana Khan.

The actress told that she has left the glamor world to dedicate her life to Allah. She said that she is doing this because she is troubled for the last two years and she does not understand what to do so that she can be relieved. So he has decided to do so.

Mehjabi Siddiqui wrote on her Instagram, ‘I am writing this because I was very upset for 2 years, I could not understand anything, what should I do so that I can get relief. When a person commits a sin, the shame of that crime ends in a while, but, his sin lasts for a long time. I realized that I was living a life pretending to be the world, forgetting my real life.

The actress further wrote, ‘A person never gets peace by disobeying Allah. No matter how well you do to please people, no matter how much time you spend, people will never appreciate you. It is better that you spend your time in pleasing Allah. So that mine and yours will be better.

Regarding Sana Khan, she said, ‘I was following Sana Khan sister for the last one year, I liked her words very much, seeing her, I became fond of listening to her statement. I cannot describe the peace I got by repenting from Allah. The peace I was looking for, I got it by doing Namaz i.e. worshiping Allah. From now on I have decided that I will always be in hijab inshallah. May Allah forgive my sins and grant me the ability to walk on the righteous path.
read also

Let us tell you, Mehjabi Siddiqui had joined Bigg Boss 11 as a commoner. His complexion was commented on in Bigg Boss. Mehjabi Siddiqui’s makeover was very much discussed after leaving the show. After this she also appeared in her husband’s music album.

Archana Keshari is currently working in the entertainment department of the magazine. She is providing her services in news writing for almost 3 years. Apart from creating news of entertainment world, he has experience of writing news of politics and crime. Prior to this, she has also given her services to organizations like News1India, Anjan TV, Zee News and Dainik Jagran.