Ananya Pandey Controversy: After Kangana, Ananya once again got caught in the hands of KRK, said- the whole takedown… 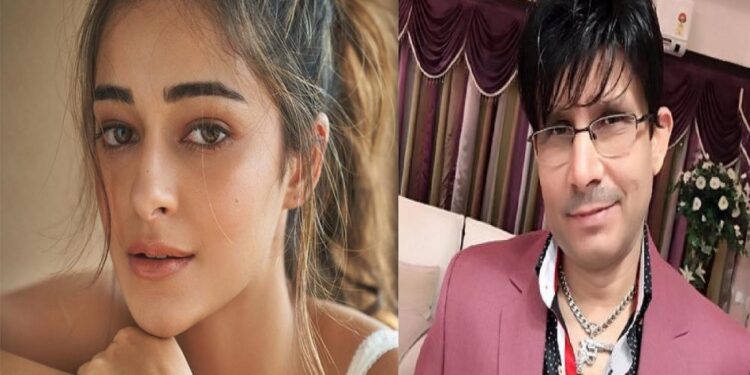 New Delhi. Ananya Panday is one such star kid of B-Town who has made a mark for herself in a very short span of time. Ananya started her film career in the year 2019 with Karan Johar’s film Student of the Year 2. However, Ananya has been trolled many times for nepotism. During an interview, actor Siddhant Chaturvedi also pulled Ananya’s leg fiercely for being a star kid. Ananya is one such actress who loves to be in the headlines. However, this time she has become a topic of discussion for the wrong reasons. Recently, Kangana made fun of Ananya Pandey and now actor Kamal Rashid Khan (KRK) has also jumped in this controversy.

KRK said that the whole took off…

Let us tell you that a few days ago, actress Kangana Ranaut had lashed out at the star kids of Bollywood. Kangana took aim at other star kids including Ananya Panday, Janhvi Kapoor, Shanaya Kapoor and compared them to boiled eggs. Kangana had also said that these people speak English, watch Hollywood movies in the name of films, that is why the audience here is not able to connect with them. Kangana gave this statement on The Kapil Sharma Show where she along with Divya Dutta and Arjun Rampal reached for the promotion of her film Dhaakad. During the show, Kangana made fun of Ananya’s nose-to-tongue talent and called her “Bolly Bimbo”.

Now jumping into this controversy, actor KRK shared this video of Kangana and wrote, “It’s not right Kangana, you shouldn’t have made fun of Ananya like this, Poori Uttar di poori Ananya ki.”

Elon Musk: Do you know the new girlfriend of the world’s richest man? See where romancing was caught on camera

Elon Musk: Do you know the new girlfriend of the world’s richest man? See where romancing was caught on camera