by Amit Tripathi
in Entertainment
Reading Time: 2 mins read
3 0
A A 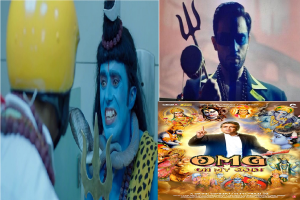 The boycott of Bollywood is increasing continuously due to the mockery of Indian culture, Hindu religion and gods and goddesses in films and web series. This anger increased when boxing wrestler Veer Mahan also made a video and gave a video message to his fans for films and web series. Let us tell you, Wrestler Veer Mahan aka Rinku Singh has asked to boycott such films and series in which Hindu culture and religion are made fun of. Veer Mahan has directly targeted Bollywood without taking the name of any film. Since then, viewers have been praising Veer Mahan and following the trend of boycotting Bollywood again on Twitter.

What did Veer Mahan say by making the video?

In the video, Rinku Rajput aka Veer Mahaan said, “Thank you India, I am Rinku Rajput. It’s one and a half in America and I can’t stay. I have seen many videos and clips on social media in which our deities are being openly insulted. Indian culture and civilization are being mocked. You are making fun of the culture and civilization of the country which is famous all over the world due to its culture and civilization and showing it with obscenity. Veer Mahan requested the people “I request all of you countrymen, come together, we should boycott movies and web series that play with people’s sentiments. And remember country and religion is paramount. Everywhere Shiva.

Since then the viewer also shared the video and commented on his post. One viewer wrote, “Country and religion are paramount. So the other said, “Sir, I don’t see already. In this way, viewers are sharing the video of Veer Mahan by commenting a lot.