by AnyTV
in Entertainment
Reading Time: 2 mins read
1 0
A A 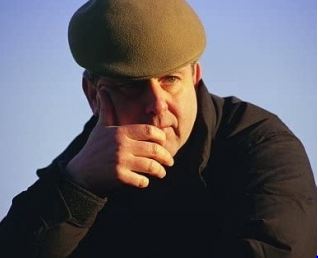 Los Angeles, Sep 24 (IANS)| Filmmaker Roger Mitchell, best known for directing films such as “Notting Hill”, “Venus” and “My Cousin Rachel”, has died at the age of 65. Variety.com reported that his staff told the UK Press Association that he had passed away on Wednesday. “It is with great sadness to inform that Roger Mitchell, the author and father of Harry, Rosie, Maggie and Sparrow, has passed away on September 22 at the age of 65,” his staff said in a statement.

Born in South Africa, Michelle had a successful career in theatre. He worked at the Royal Court Theatre, the Royal Shakespeare Company, and the National Theatre, in the UK. He was the resident director there. For TV, he made the mini-series ‘Downtown Lagos’ (1992), which was followed by the highly acclaimed adaptation of Hanif Qureshi’s ‘The Buddha of Suburbia’ (1993). Mitchell made his film directorial debut in 1997 with ‘My Night with Reggae’, where a group of gay men spend the night in remembrance of a friend after he died of AIDS.

Notting Hill, the romantic comedy written by Richard Curtis and starring Julia Roberts and Hugh Grant, was a global hit. Michel is also known for ‘Venus’ starring Peter O’Toole. For this he received the last Oscar nomination. The filmmaker’s last fiction was “Blackbird” (2019), with Susan Sarandon leading the ensemble cast, which also included Kate Winslet and Sam Neill, and “The Duke” with Jim Broadbent and Helen Mirren.

Mitchell won BAFTAs for Best Miniseries for “The Lost Honor of Christopher Jefferies” and “Persuasion”. Tricia Tuttle, Director of the British Film Institute, London Film Festival, along with Winslet, Michael Barker, Tom Bernard and the Sony Pictures Classics team, paid tribute to him from all across the industry.