Varun Dhawan’s last day on the sets of ‘Bheliya’

by AnyTV
in Entertainment
Reading Time: 3 mins read
21 0
A A 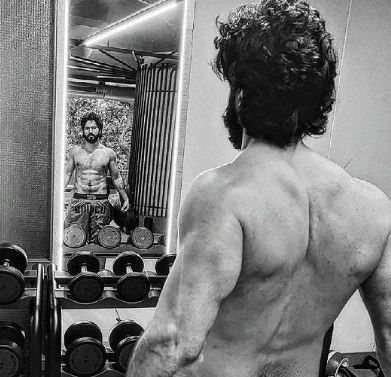 Mumbai, July 8 (IANS)| Actor Varun Dhawan took to social media on Thursday evening to inform that the shooting of his upcoming film ‘Bhediya’ is about to end, with just one job left. Varun has shared a picture on Instagram, in which he is seen in front of the mirror with long hair and beard.
The actor wrote, “Last day. Some of the last key scenes of ‘Bheliya’ will be shot in the next 24 hours. Since we were not allowed to release pictures of any scenes related to the film, this is the last time I’m going to be shot,” the actor wrote. Came in front of the mirror and paused for a while to say goodbye to all the changes my director has made in me.”It is a supernatural thriller film starring Kriti Sanon, Abhishek Banerjee and Deepak Dobriyal in lead roles. The film is scheduled to release on April 14, 2022.

In this neighboring country of India, the lights will remain on for two hours every day, know what is the reason

In this neighboring country of India, the lights will remain on for two hours every day, know what is the reason

Preparations for a major reshuffle in the car market! Tata on its way to become No. 2 overtaking Hyundai

Netaji mopping the room of Kovid Hospital; This is called practicing civil religion!

December 16- Vijay Diwas: When 93 thousand soldiers of Pakistan surrendered in front of India