25 thousand soldiers, 1100 tanks and … Ukraine told what Russia lost in the war 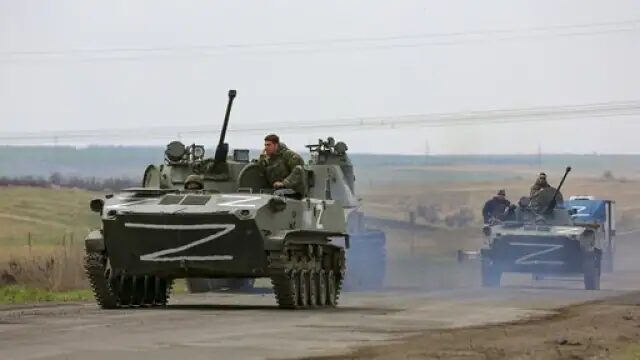 Russia has lost about 25,000 soldiers since the invasion of Ukraine began on 24 February. The Ukrainian Foreign Ministry gave this information in its tweet on Friday. This claim of the government of Ukraine comes between the 72nd day of the war between the two countries.

According to the Ukrainian Foreign Ministry, Moscow has lost 24,900 soldiers, 1,110 tanks and 199 aircraft in its war against the Eastern European country. The Russian army also lost 155 helicopters, 2,686 armored personnel carriers, 502 artillery systems. The Ukrainian government further claims that the Russian military has lost more than 1,900 vehicles and fuel tanks in a ‘military operation’ in Ukraine.

However, fierce fighting continues for the 72nd day in the battlefield Ukraine. Reuters quoted British military intelligence as saying that Russian forces continued their ground attack on the Azovstal steel plant for the second day in Ukraine’s port of Mariupol.

Russia’s own claims
Russia’s defense ministry said its missiles destroyed a large ammunition depot in the eastern Ukrainian city of Kramatorsk. It also said that its air defense shot down two Ukrainian warplanes, a Su-25 and a MiG-29, in the eastern Luhansk region. In a recent development, Kremlin spokesman Dmitry Peskov said on Friday that there was hostile rhetoric coming from Poland and that Warsaw could be a “source of danger”.

Poland has called for the EU to tighten sanctions and for the Western NATO alliance to arm Ukraine. Poland has been against Russia from the beginning. Polish environment and climate minister Anna Moskwa said on Monday that “Poland is proud to be on Putin’s list of unfriendly countries.”