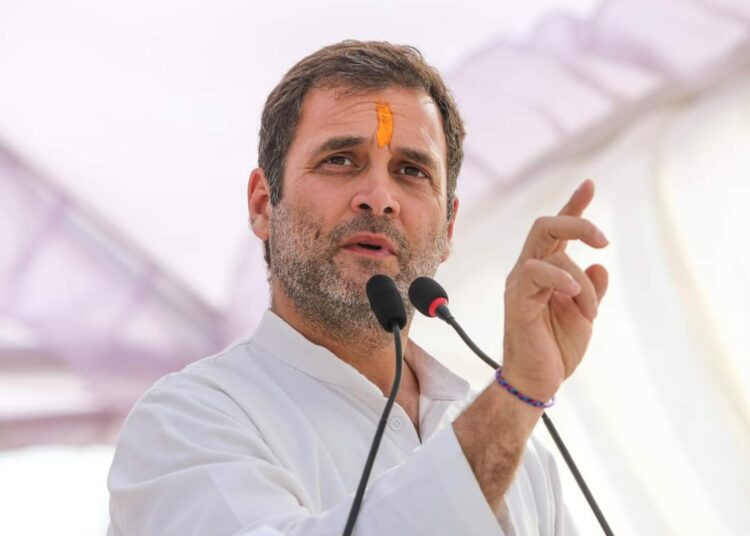 New Delhi. Congress leader Rahul Gandhi has once again targeted the central government on the issue of inflation. Referring to the rising prices of LPG cylinders, petrol and diesel in the country, he said that with the rise in inflation in the country, the prices of ‘jumlas’ have fallen. Let us tell you that Rahul Gandhi targets the Center by calling it a government with jumlas.

Let us tell you that Rahul Gandhi has accused the central government of making false promises to the public many times. Rahul Gandhi says that the government has nothing to do with public interest, they take decisions only for the benefit of their industrialist friends. For this, Rahul Gandhi gives the example of demonetisation, agricultural laws. The Congress leader says that before coming to power, Narendra Modi had promised to provide employment, doubling farmers’ income and ending inflation, but they all proved to be jumlas.

Also read: How effective is Kovishield against new variants of Corona, Adar Poonawalla told the truth

It is worth noting that these days Rahul Gandhi is attacking the government in the winter session of Parliament. Recently, he had said that the government had passed a bill to repeal agricultural laws, but did not allow discussion on MSP and farmers’ deaths during the agitation. Let us tell you that the government had recently announced the repeal of agricultural laws. Even after this, the farmers are talking about not ending the protest till the law is not made regarding MSP.