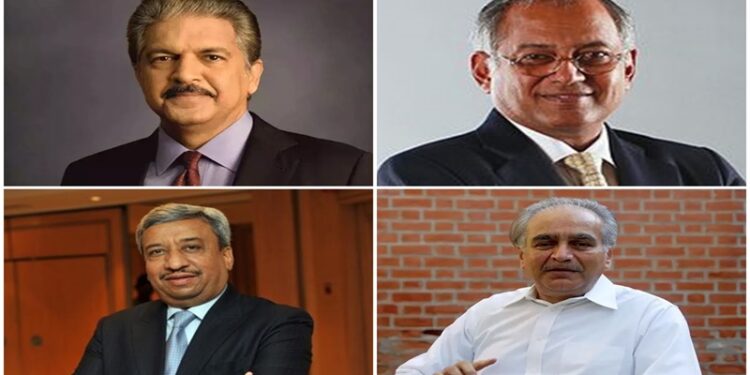 RBI Directors: The Government of India has decided to include industry and sector experts on the board of the Reserve Bank of India (RBI) for better suggestions on the country’s economic situation and policies. The government on June 14 appointed industrialists Anand Mahindra, Pankaj Patel and Venu Srinivasan as part-time non-official directors. Apart from these, Ravindra Dholakia, a former professor of the Indian Institute of Management (IIM-A), Ahmedabad, has also been included in this board. The Appointments Committee of Cabinet, headed by Prime Minister Narendra Modi, has put its stamp on these appointments. RBI said in a statement issued on Tuesday that this appointment has become effective from June 14 and will remain in force for the next 4 years or till further orders (whichever is sooner).

Know who are these directors?

1. Anand Mahindra They are counted among the top industrialists of the country. He is the chairman of the multinational company Mahindra Group. Anand Mahindra was awarded the Padma Bhushan in January 2020, which is the country’s third highest civilian honour.

2. Venu Srinivasan – Venu Srinivasan, 66, is the chairman of TVS Group. He is also the Chairman and Managing Director of this group company Sundaram Clayton Group and TVS Motor Company. He has been awarded the Deming Prize, considered the Nobel in the field of quality. He is the first industrialist in the country to receive this award.

3. Pankaj R Patel – Pankaj R Patel, President of well-known pharmaceutical company Zydus LifeSiences, has been the President of Federation of Indian Chamber of Commerce and Industry 2016-17. In addition, he is part of Invest India, the apex policy-making advisory and governing body constituted under the National Health Mission and the Drug Technical Advisory Board by the ministry. Apart from this he is also a member of the Governing Board of IIM-Udaipur and IIM Ahmedabad.

4. Ravindra Dholakia – He is a former professor at IIM Ahmedabad and has been a member of the Central Bank-led Monetary Policy Committee (MPC). He has vast experience in regional economic development, analysis of economic policies, international economy and health economy.