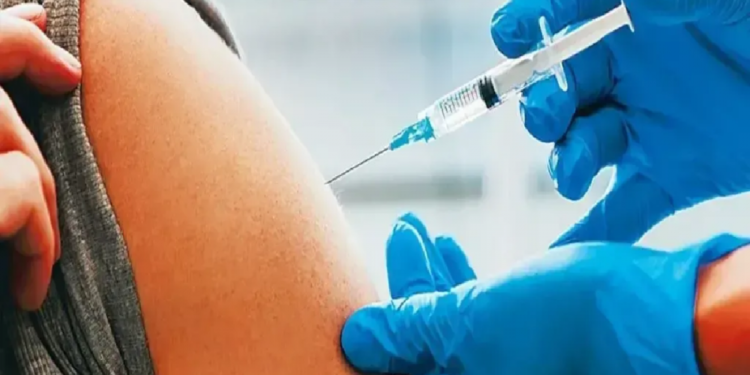 New Delhi. The Uttar Pradesh government is working under the best strategy to beat the corona infection. As a result of which the Yogi government has set a new record in vaccination on Saturday. UP, which has given 32 crore vaccine doses in the state, has maintained its position in the vaccination campaign from the very beginning. The highest dose of vaccine has been given in the most populous UP. Guidelines have been issued from time to time by the Chief Minister to the top officials to provide vaccine shield to the people of the state. This is the reason that UP is the first state where maximum vaccination has been done in less time. So far 32,00,51,608 vaccine doses have been given in the state. In which the first dose has been given to 17,28,14,706 and the second dose to 14,43,06,593. So far, 29,30,309 pre-caution doses have been given in UP.

Also Read  Here Eid prayers were read peacefully in UP, there was a lot of ruckus in Rajasthan

Due to the sensitivity of the state government, the number of patients admitted to hospitals in the state with a population of 24 crores is negligible. All the services are being provided by the government to the infected patients at their homes. Along with 24-hour monitoring of the infected, availability of medicines, tests, sanitization, the COVID guidelines are being strictly followed in that area. As a result, the condition of the state is better. The work of cleanliness, covid guideline, protocol, focus testing, vaccination, surveillance, sanitization is going on in the state on a war footing. In all medical colleges of the state, 100 beds have been arranged for Piku Niku and 50 new beds in CHC and PHC. CM Yogi Adityanath has given instructions to intensify the vaccination of children. He instructed the officials that not a single citizen should be deprived of the vaccine. Make the public aware about the importance of booster doses and booster vaccination centres.

Also Read  Railways will cancel 1100 trains due to coal crisis, increased problems for passengers and traders

This electric scooter with double battery gives a range of 110 km in a single charge, read full details from price to features

This electric scooter with double battery gives a range of 110 km in a single charge, read full details from price to features

Even if the car is stolen by leaving the key in the vehicle, you will not be deprived of the benefit of insurance