by Sandhya Hirani
in World
Reading Time: 3 mins read
0
A A 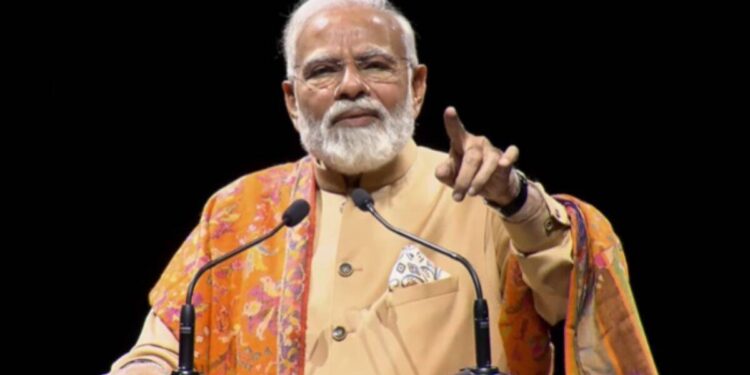 In Nepal, PM Narendra Modi said that I also have another relation with Lord Buddha. The place where I was born, Vadnagar in Gujarat, was a great center of Buddhist learning centuries ago. People were shocked to hear this talk of Modi on social media. One wrote that except his wife, the man has a relationship with everyone. They will have a good relationship with everyone but the truth will never get along. One user wrote that no one else can tell the truth with as much faith as Modi ji tells lies.

Nitin said with folded hands that please forgive your role, but the question is arising whether you are a religious guru or the Prime Minister. What have you put on? Sir what is the reason that the country is in slavery-like condition. Rs 16 on CNG, Rs 25 on petrol, Rs 21 on diesel and Rs 250 on domestic gas.

Ajay Kanojia wrote that wherever there are wonders and miracles in the country, there are relations with them. There is lotus in India, where the highest number of 47 lakh deaths have occurred due to corona, Prime Minister Narendra Modi is also related to it, but he has no comment in this regard.

I also have another relation with Lord Buddha

The place where I was born, Vadnagar in Gujarat, was a great center of Buddhist learning centuries ago’: PM @narendramodi pic.twitter.com/sk19tI7OYf

Swami asked that with whom are you not related, Lord, just tell that place. Pramod Suiwal wrote that where, where, with whom were your relations, what does it mean to the public when they were there? Poor speech. It was written from the handle of Shekhar Vishwas that you are related to everything. But only the issues raised by which they had got the throne, they turn away from them. Rajneesh wrote that it has not left anyone. They are not related only with them Ambani, Adani, Nirav, Mehul, Mallya, Asaram, Ram-Rahim, Ramdev, Nawaz Sharif, Xi Jinping….

You are related to everything.

By raising only the issues/promises, she got the throne,
He turns his face on him.
At present, do not even think about that subject at all.

Ashok Aggarwal wrote that Modi is related to you everywhere. I believe that you must have some relation with hell too. It was not said that I was born in Lumbini and both of us were loincloth friends. One wrote that this man is related to every corner of the world. Haven’t seen such a big throw.