South’s claims on the throne of Delhi

by Rajeev Bansal
in Opinion
Reading Time: 4 mins read
0
A A 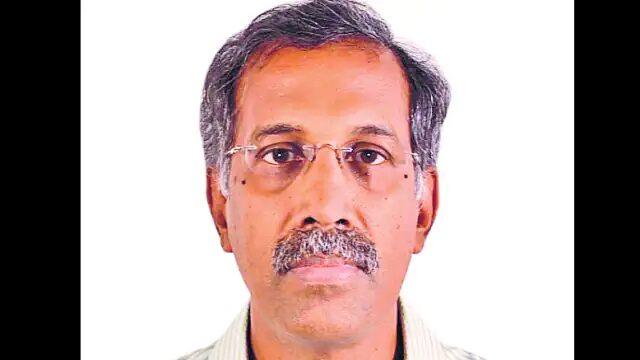 India’s political history has had only two prime ministers from the south, PV Narasimha Rao and HD Deve Gowda. The two rose to the position in the 1990s after an unexpected turn of events. Rao was chosen to lead the Congress party after the assassination of Rajiv Gandhi in 1991. Deve Gowda rose to the post after the Congress party’s poor performance in the 1996 elections and the fall of the 13-day-old BJP government.

Rao was one of the senior most leaders of the Congress party and was planning for retirement when sudden events brought him to the centre. It was the historical mistake of the CPM, which did not allow Jyoti Basu to become the Prime Minister, as a result of which the post fell in the lap of Deve Gowda. However unexpected the rise of Rao and Deve Gowda was, it challenged the notion that the route to the Prime Minister’s Office must necessarily pass through India’s most populous state, Uttar Pradesh.
We see that the BJP, with its core politics of over-dependence on the northern states, has focused more on the English belt. Although Prime Minister Narendra Modi hails from Gujarat, he chose Banaras as his constituency, emphasizing the importance of the English heartland in national politics.
There were also two occasions when the leaders of the South were deprived of sitting in the Prime Minister’s Office, but did emerge as ‘Kingmakers’. Actor-turned-politician NT Rama Rao became the leader of the National Front in 1988. Though he was hardly a political stalwart, he was acknowledged by people like VP Singh, Jyoti Basu, Biju Patnaik and Devi Lal.
Eight years later, Rao’s son-in-law, Chandrababu Naidu, became the leader of the secular United Front and facilitated the selection of Deve Gowda as the consensus candidate for the post of prime minister. Naidu later sidelined and became the convener of the National Democratic Front, which also included the BJP.
However, a lot has changed in the last 25 years. The regional parties of the south have held their fort in response to the BJP, but they are hardly in a position to offer an alternative leadership or a national approach. In fact, except Telangana Rashtriya Samithi or TRS leader K Chandrasekhar Rao, no one has expressed any desire to sit on the throne of Delhi.
K Chandrashekhar Rao, also known as KCR, is showing signs of emerging as a potential Third Front leader from 2019 in his second term as chief minister. However, no one has paid any serious attention to his efforts. The reason is that their efforts seem unbelievable. Rao was once a part of the UPA government, but he did not waste any time leaving that alliance and later associated himself with the NDA after becoming the Chief Minister of the newly formed Telangana. He was seen as an opportunist. KCR began demonstrating his desire for the post of Prime Minister when the BJP emerged as the main opposition party in his home state. Earlier, KCR had nearly wiped out the Congress in Telangana by hard work, hardly realizing that the Congress’s place would soon be filled by a bigger, formidable rival, the BJP.
So when he is asking for help from other opposition leaders, no one is responding. Yet KCR-supporters feel that he is eligible for the post of Prime Minister. KCR has successfully run the newly formed state, something not all regional parties have been able to do. He has also chosen his son as his successor, but is unable to get the coronation done right now.
The DMK leader, MK Stalin, is content with the management of his state of Tamil Nadu, where he is running his government out of the constant glare of the Centre. The BJP is keen to expand in the state, but sees the Dravidian party as a hindrance. The AIADMK, on ​​the other hand, has been in a dilemma since the death of its supreme leader J Jayalalithaa in 2016. The BJP is well established in the neighboring state of Karnataka and is strengthening itself day by day. Even in the last bastion of the Left in Kerala, the Bharatiya Janata Party is slowly trying to replace the Congress.
In Andhra Pradesh, Chief Minister Jagan Mohan Reddy is hardly in a position to oppose the BJP. There are cases against him in courts and investigative agencies, so he has extended his hand for cooperation. Here Chandrababu Naidu himself is not in any good position. His return to the secular front after leaving the BJP was a flop show in 2019. That is why his many efforts to take a U-turn and reconcile with the BJP are also not proving fruitful. By closing the doors around him, he is fighting a losing battle against Jaganmohan.
While the BJP has been continuously attacking the Congress party and promising a Congress-mukt Bharat, the campaign has seriously affected the regional parties as well. While parties like DMK, TRS and YSR Congress may stand on their own, they are hardly in a position to extend their appeal beyond their limits.
All these parties have dug their own trenches to defend their region from the aggressive BJP. These parties are trying to bring the BJP on the defensive. In West Bengal, Mamata Banerjee managed to keep the saffron party behind in the assembly elections, but that hasn’t helped her gain any new ground beyond her state. As for the Aam Aadmi Party, its appeal is yet to be tested beyond some states.
(These are the author’s own views)